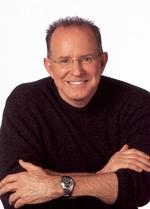 Mr Ashley Ekins has worked as a military historian at the Memorial since 1990 and has been Head of the Military History Section since 2007.

A graduate of the University of Adelaide, Mr Ekins specialises in the history of the First World War and the Vietnam War. He has published widely, presented his research at international conferences, and led the Memorial's battlefield tours to Gallipoli.

His publications on the First World War include: 1918year of victory: the end of the Great War and the shaping of history (2010, shortlisted for the Templer Medal); War wounds: medicine and the trauma of conflict (with Elizabeth Stewart, 2011); Gallipoli: a ridge too far (2013, second revised edition 2015); and he compiled and wrote the introduction to a special third edition of The Anzac Book, the classic anthology of soldiers' writings and art from Gallipoli (2010).