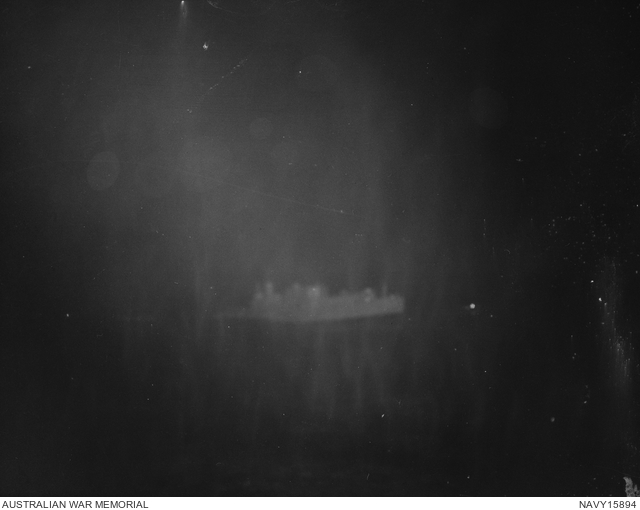 With many new crew members aboard, HMAS Voyager sailed from Sydney to Jervis Bay on 6 February 1964 for a series of post re-fit trials and exercises with HMAS Melbourne. On the night of 10 February the Melbourne was conducting night flying exercises off the coast of Jervis Bay, with the Voyager undertaking the role of guard escort. It was a moonless night and both ships had only navigational and operational lights in use.

At 8.56pm the ships collided and the Voyager was cut in two. Her forward section passed down the Melbourne’s port side and the after section down the starboard side. The forward section sank soon after the collision and the after section some three hours later. The crew of the Melbourne recovered survivors from the water and the after section of the Voyager. Two RAN search and rescue boats, HMAS Air Nymph and HMAS Air Sprite, set out from shore establishment HMAS Creswell, and the crews succeeded in rescuing 70 men. RAN helicopters and minesweepers were also dispatched to assist with the search for survivors. Of the 314 men aboard HMAS Voyager, 82 died; 14 officers (including the commanding officer), 67 sailors and one civilian dock worker. 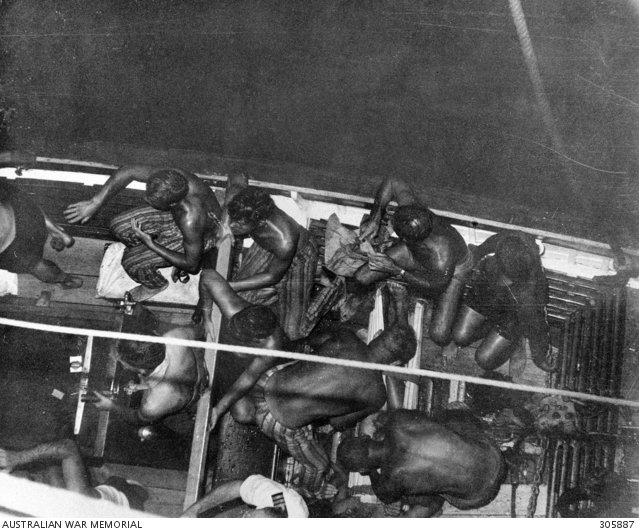 The Memorial holds a significant collection of photographs of this incident taken by RAN photographers. After the immediate impact of the collision, HMAS Melbourne photographers hurriedly grabbed cameras and photographed the after section of the Voyager and the rescue efforts. Other photographs record injured and shocked survivors being cared for on the Melbourne, activities aboard the aircraft carrier in light of day and the major damage to the bow of the Melbourne. 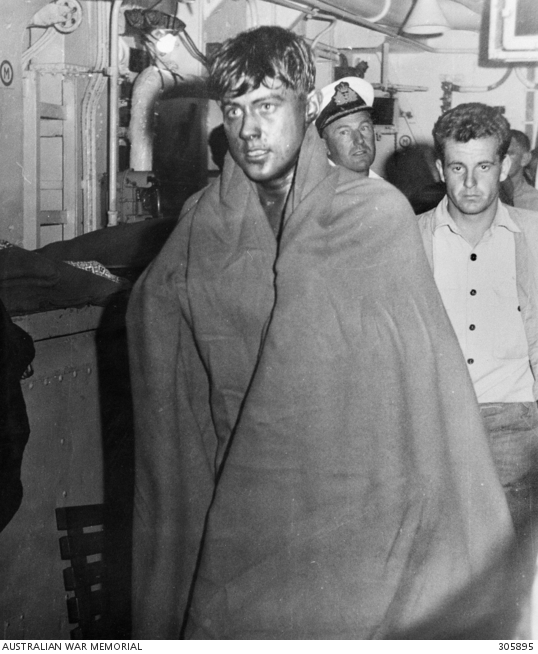 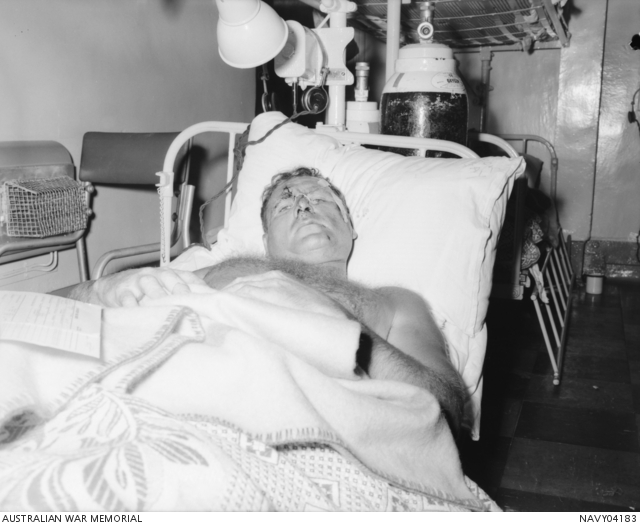 You can view more photographs related to this event here in the Collection area of the Memorial’s website.