'The sky exploded, and my canopy was shattered' 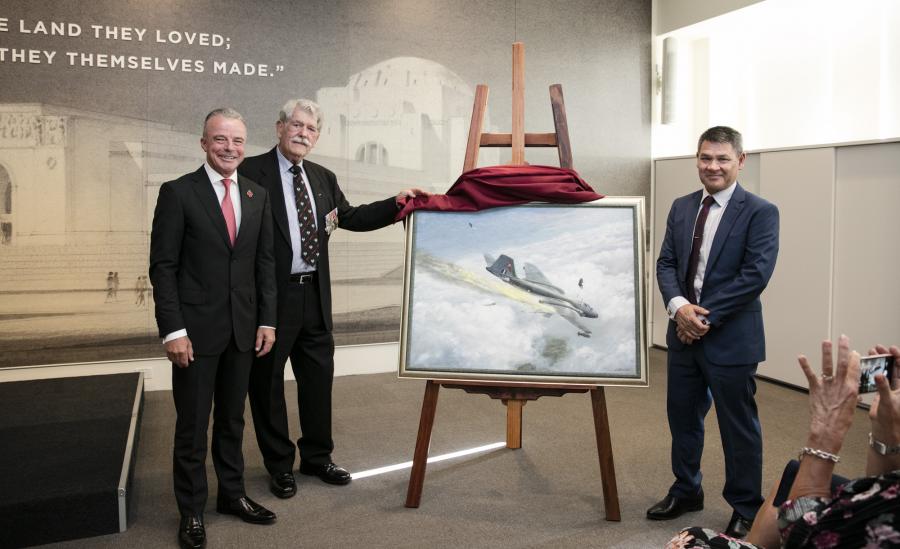 It was almost 50 years ago, but Brad Pinches will never forget the moment he learned his father was missing in Vietnam.

“I was a 10 year old boy … and I remember thinking … there was not much chance of seeing dad again,” he said.  “I was asleep in bed, and I heard mum a bit hysterical … and then my sister came in and told me that dad was missing ... At that stage we didn’t know that he had been shot down, they just said he was missing, and that they’d keep searching, but they didn’t hold a lot of hope of finding him, and I just remember thinking I’d have to grow up and be the man of the house.”

Brad’s father, Flight Lieutenant Allan Pinches, was a navigator with No 2. Squadron when Canberra Bomber Magpie A84-228 was hit by a SA-2 surface to air missile near the Demilitarized Zone in Vietnam on 14 March 1971. He and the pilot ejected, but they were not rescued from enemy territory until 27 hours later.

Their story is told in a painting by aviation artist David Marshall, RAAF Magpie 228 Takes a Fatal Hit, which has been donated to the Australian War Memorial by Barry Carpenter. Speaking at the handover ceremony, Wing Commander John Downing, who was piloting the plane when it was hit, said the memories were still vivid.

“Allan and I were scheduled for a combat mission. Radar control ordered us to turn quickly … and about half way through the turn, the roof fell in. It really did. The sky exploded, and my canopy was shattered,” he said. “The aircraft was still flying – everything was normal according to the cockpit – and then I saw a missile, high to the right, go past the aircraft. It was ballistic, and it hadn’t exploded, [but] I then realised, of course, we had been hit by its partner, the other surface-to-air missile.”

Downing, who was commanding officer of No. 2 Squadron at the time, told Pinches to eject before making a mayday call, and ejecting himself.

“We waved to each other, and then we both saw the aircraft below us go spiralling down slowly, and the whole starboard wing was a ball of flame,” he said.  “It happened very quickly, and then we faced another problem. Luckily, I went through the cloud into a valley and then crashed into the hillside underneath. Allan was further away from me, and fortunately was suspended in the trees about two feet above the ground. That saved him because he had three crushed fractures in his spine … It was getting late in the afternoon and I crawled up the hill a fair way away from my chute in the trees and settled down for a very wet night.”

The next morning, Downing climbed further around the mountain to a ledge with a view of broad, long valley.

“The [radio] I was using just wasn’t doing any good,” he said. “I had no contact with anyone, so later in the afternoon I changed [radios] and immediately heard an aircraft above calling himself Magpie 4-1 …  I immediately got on the blower and said, ‘Magpie 4-1, this is your commanding officer on the ground.’ Well, Allan, later [said he] thought I was talking to him, and was heard to return, ‘I’ve known John for years – that was a bit bloody formal.’

“He had thought I was dead because we didn’t get in touch. It wasn’t until I changed to the second radio when he heard me make what he thought was a very formal call that he realised I was alive.” 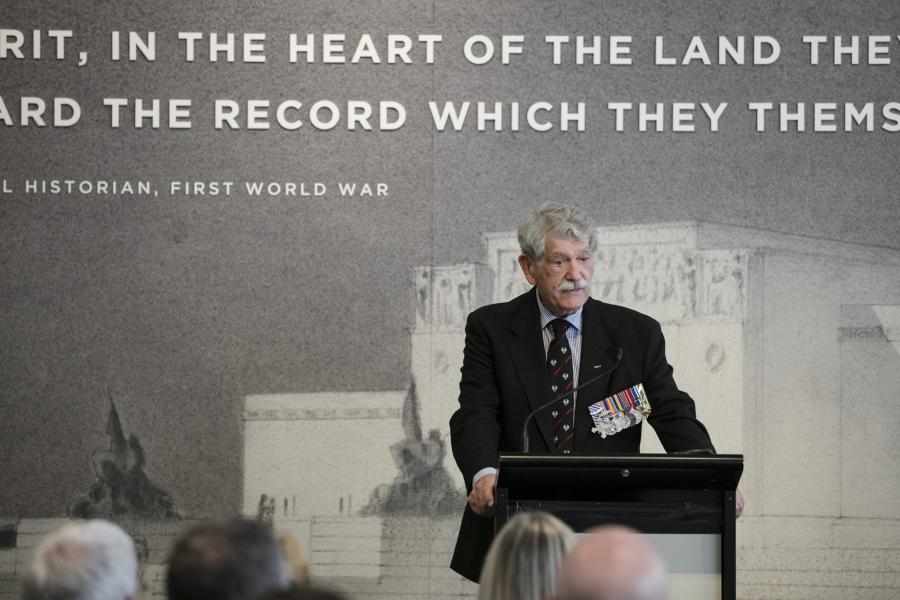 Wing Commander John Downing: "Radar control ordered us to turn quickly … and about half way through the turn, the roof fell in. It really did. The sky exploded, and my canopy was shattered."

The two airmen were eventually winched to safety by a US Army rescue helicopter, which was almost out of fuel, and taken to the hospital at Quang Tri. Downing had a fractured kneecap and Pinches had fractured vertebrae in his lower back.

“Instead of the jolly green with the gunships, they got us a ‘dust off’ [helicopter] to come in to try and locate us,” he said. “It was low cloud, and at one stage it actually went below my position and I called off the recovery … Then I saw a Huey at the end of the valley… They picked me up, and then went for Allan … He came up beside me into the chopper and they dragged him on board.”

When asked how Pinches was, Downing said simply: “Well, he’s flat on his back, but he’s got a grin a mile wide.”

Downing admits he didn’t realise at the time how badly injured he was.  “I had a broken knee cap, that was all,” Downing said matter-of-factly. “I was walking, and I thought I just had a sore knee. I didn’t know what it was. It was probably the adrenalin. You don’t feel the pain. And when I got into hospital, I was most embarrassed when they put my whole leg in plaster.”

Today, Downing remains forever grateful to those who helped rescue them.

“Pilots can’t fly unless all the ground crew do their job and you’ve got to give tribute to them,” he said. “Without them you can’t operate … Now do I have any regrets? Yes. Years ago my daughter was in the navy serving in Darwin … An NCO made himself known to her, and he said, ‘I served in No. 2 Squadron under Wing Commander Downing. Are you any relation?’ When Wendy said, ‘Yes, he’s my Dad,’ he said, ‘I packed his parachute.’ So do I have any regrets? Yes. I didn’t meet that man, and say thank you, and shake his hand.” *

Downing and Pinches would call each other every year on the anniversary of the incident until Pinches passed away on Australia Day last year.  For Pinches’ son Brad, the donation of the painting to the Memorial is particularly special.

“It’s pretty important for me,” Brad said. “It was a long period of not knowing, but at the same time, when we got the phone call to say they’d found dad, that was one of the happiest times of my life ...

“When you see the painting of what actually happened, it was a bit of a miracle that he did come through, and it’s just a great way of thanking the air force and all those that helped to find Dad. At the end of the day, they gave us a father for another 47 years.”

Brad has thanked those who rescued his father and has a full-size copy of the painting at home.

“I just know that everything stopped, and every plane that was available was out looking for them, and for them the reward was when Dad and John were found,” he said.

“He never made a big thing of this. In fact, he didn’t talk much about it at all. Not a lot of Vietnam guys did, they kept it quiet … and Dad was a fairly humble bloke …

“I remember Dad telling me the stories of the first night he was there – he saw the lights of the Viet torches coming towards him, and he was panicking because once the Viet Cong found you at that stage, you were in a bit of trouble, but they ended up being fireflies.” 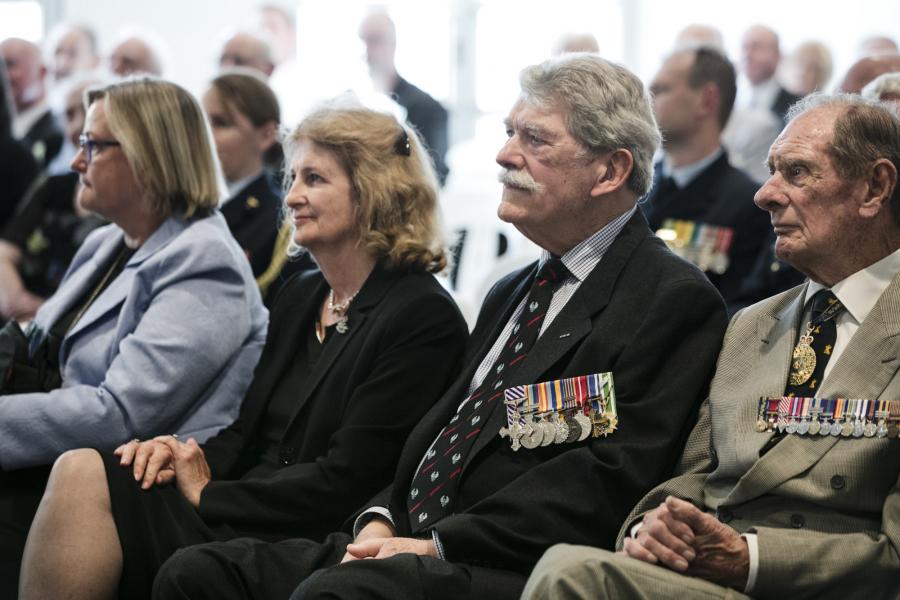 Wing Commander John Downing: "Pilots can’t fly unless all the ground crew do their job and you’ve got to give tribute to them. Without them you can’t operate."

* John Downing has since met with the man who packed his parachute, Lindsay Tucker, and couldn't be happier.