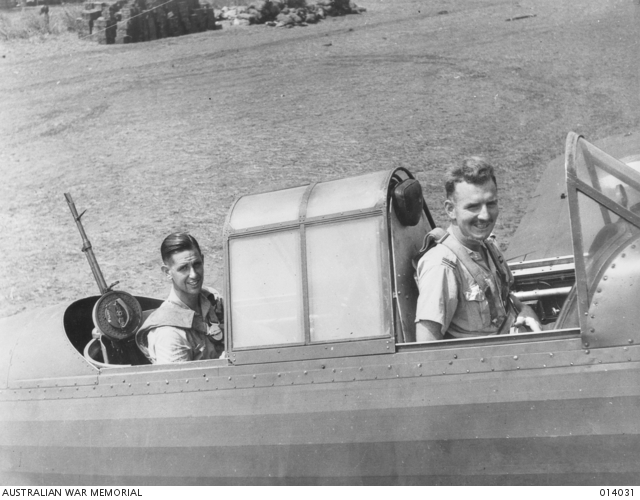 Pilot Officer (PO) John S (Jack) Archer and Sergeant J L (Les) Coulston, both from Melbourne, Vic, seated in No. 4 Squadron, RAAF, Wirraway A20-103. On 26 December 1942 this crew was flying A20-103 on a tactical reconnaissance over a Japanese ship wrecked off Gona when they sighted an enemy Zero 1000 feet below. Taking advantage of his position Archer dived on the Zero firing a long burst with his two Browning .303 inch guns and as he pulled away the enemy aircraft was seen to crash into the sea. PO Archer later stated that he had acted on impulse and was lucky to get in an effective first burst. Wirraway A20-103 is now in the Australian War Memorial Collection.