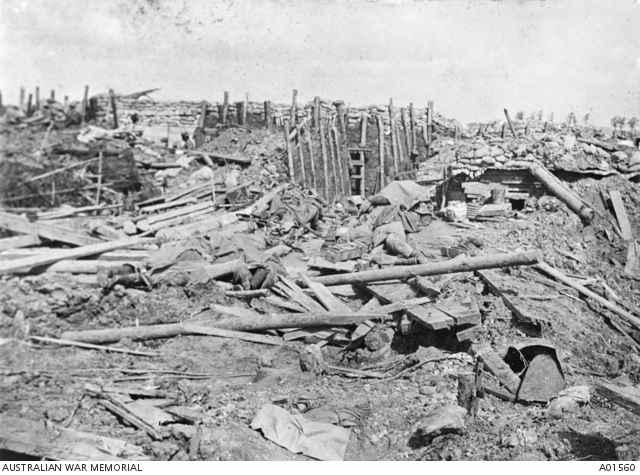 Part of the German front line after the Battle of Fleurbaix which took place on 19 July 1916 and 20 July 1916. This, with the second and 'third' lines, formed the objective of the attack. The 'third line' was found to be a ditch and the second line also was partly full of water. In the foreground, covered with coats or blankets by the enemy, are a number of Australians those who fell. The photograph was taken on the morning of 20 July after the Germans had re occupied their trenches and is one of a series a German officer presented to Captain Charles Mills, 31st Battalion AIF, after the latter was released from a prisoner of war camp at the end of the war.