Group portrait of officers in the tent lines of the 6th Australian Light Horse Regiment. Back ... 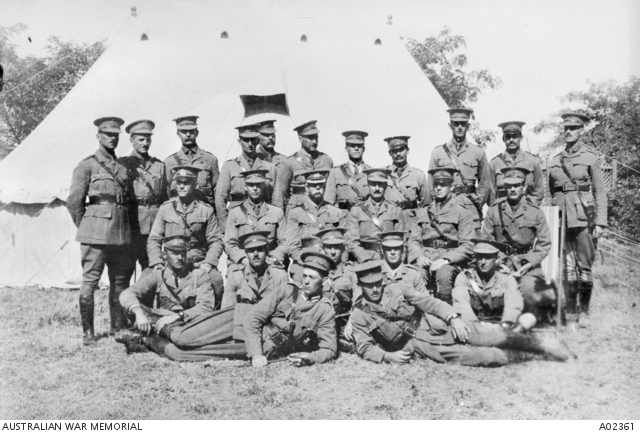 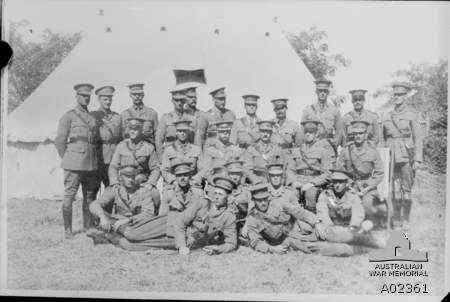