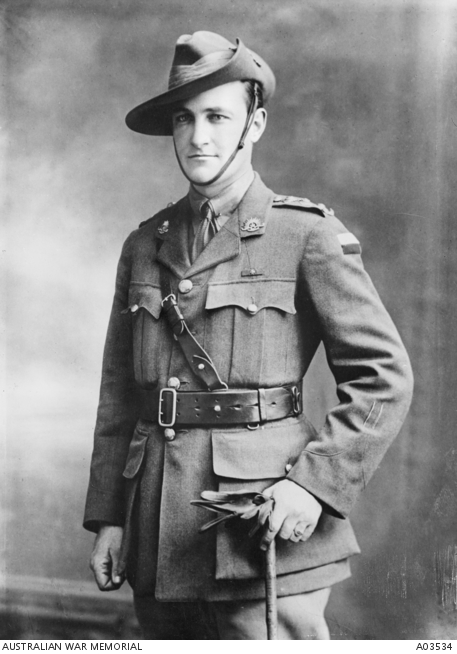 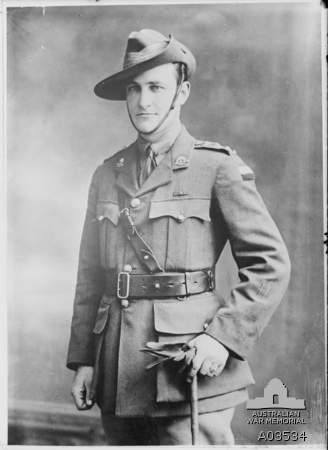 Studio portrait of Lieutenant (Lt) William Donovan Joynt VC, 8th Battalion. Lt Joynt was awarded the Victoria Cross for 'most conspicuous bravery and devotion to duty during the attack on Herlville Wood' on 23 August 1918, near Peronne, France. Lt Joynt took charge of the company after the company commander was killed, reorganising them under heavy machine gun fire. He later led a frontal bayonet attack on the enemy, saving a critical situation. He continued to attack in this manner until he was badly wounded by a shell. He was discharged in June 1920.