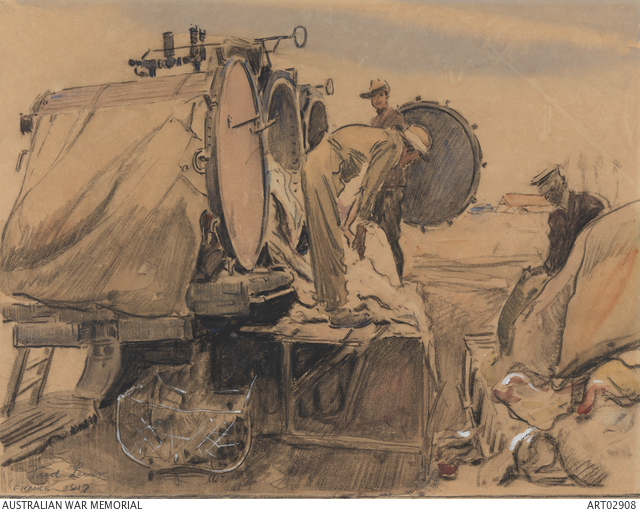 Charcoal and watercolour sketch depicting the preventative health services delousing fumigator (Hitchi-Koo machine). Two soldiers are loading the bank of three autoclave ovens with discarded clothing for fumigation to kill lice. Autoclaves are wooden barrels with metal doors that will resist high pressures. The steam is made by heating the water jacket from underneath, a canvas cover is rolled at the side, and three ovens are mounted on the trailer with pressure valves on top.The men are loading the ovens and standing on a temporary platform. An officer supervises the unloading from a wagon.