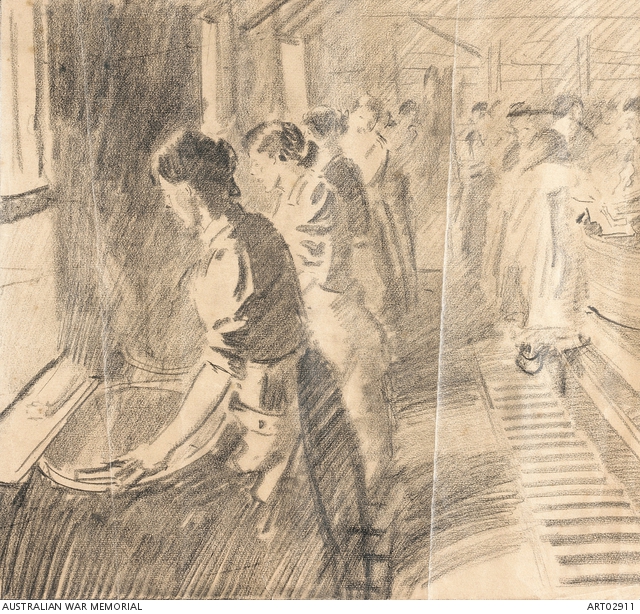 Pencil sketch depicting a number of women working in the Corps hand laundry in Outtersteene, Bailleul, France. This laundry was allotted to the 5th Division in July 1917.