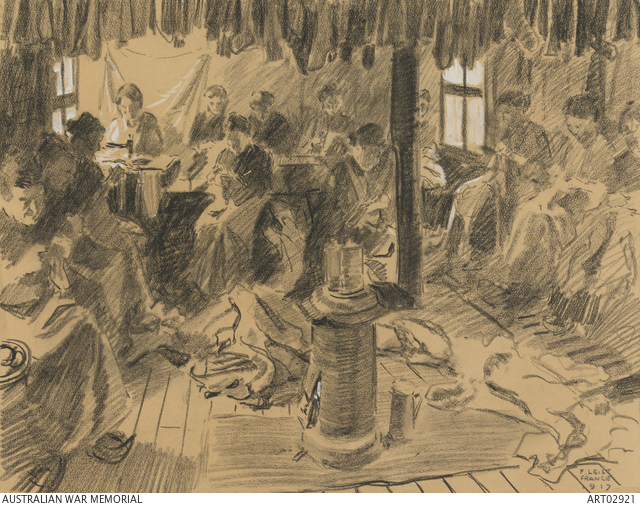 Charcoal sketch depicting a sewing room with women repairing items of uniform. Finished items are hanging from a line on the ceiling and there is an iron stove in the centre of the room.