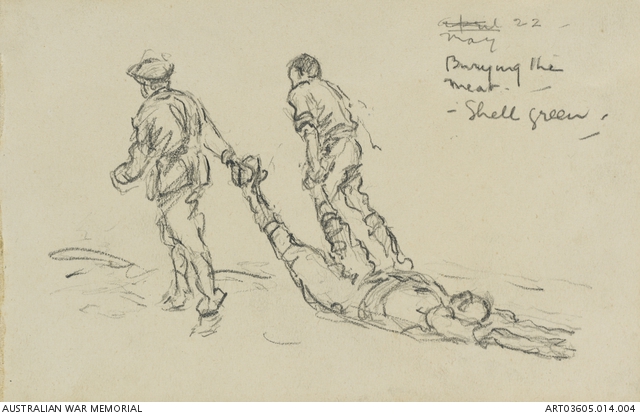 A pencil sketch of two soldiers dragging a dead body by his feet across Shell Green, Gallipoli. Shell Green was the only flat ground within the Anzac enclave, but it was under direct observation from the Turkish higher positions. It became the site of two cemeteries during the campaign, which were later joined in 1919 and enlarged with the addition of other graves from the battlefield.