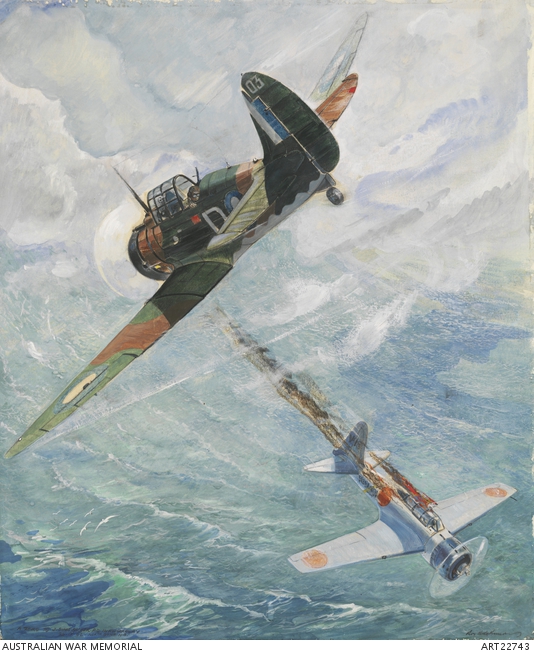 Depicts a Japanese Zero being shot down by an Australian Wirraway, Pilot Officer J. S. Archer of No. 4 Army Co-Operational Squadron, Royal Australian Air Force. The Wirraway was on a reconnaissance flight in the Sanananda area when the pilot sighted the Zero. The Zero was apparently unaware of the presence of the Australian plane, New Guinea.