Letter from James Moffat Reid to his niece and nephew, 25 July 1915 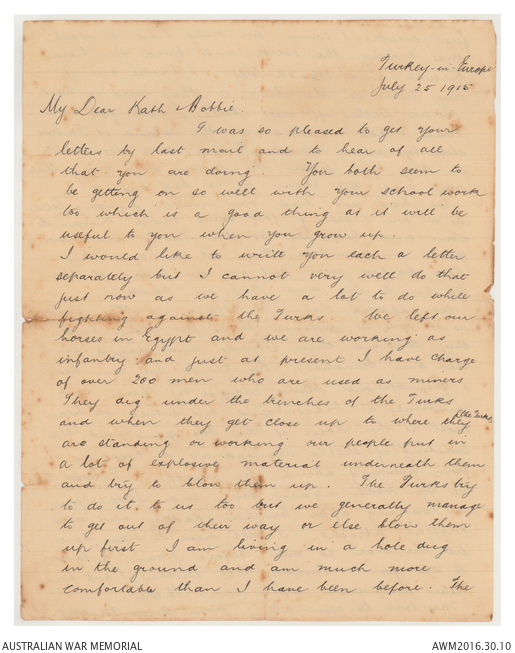 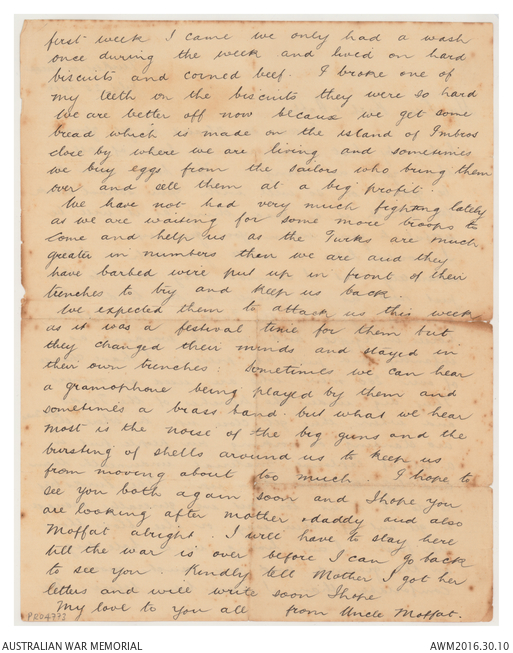 Letter relating to the First World War service of Major James Moffat Reid, 1st Australian Light Horse Regiment. In this letter to his niece and nephew, Reid describes how the Regiment had left their horses in Egypt, being deployed to Gallipoli as infantry. He describes the conditions and the rations on the peninsula, and details that he is in charge of mining operations underneath the Turkish trenches. Reid expresses his hope that the children are doing well with their school work, and explains that he will be able to see them again only after the war has ended. Just under two weeks later, on 7 August 1915, Reid was killed when, as part of the August Offensive, the Regiment mounted an attack on the Turkish position known as "the Chessboard”.