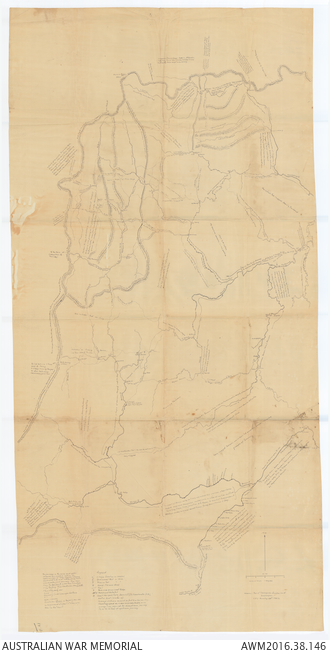 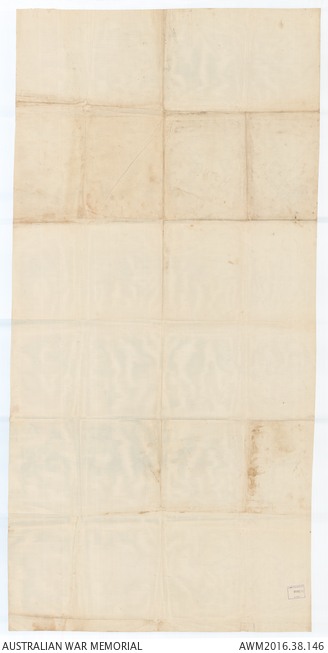 Map of North East Region and Boeloengan Regency of North Kalimantan Province in Indonesia, titled: Tidoengsche Landen and Boeloengan and NEI Forestry Dept 1934/6 from records relating to the service of Major Tom Harnett Harrisson, DSO Reconnaissance Corps, British Army. Harrisson was seconded to Z Special Unit, Services Reconnaissance Department and served in Borneo as party leader on Operation Semut 1 during the Second World War. This sketch map of the area around the Katibas and Rajang rivers in Sarawak, shows villages, government and mission posts, trails with passes over prominent ridges, rivers, rapids and waterfalls, and navigable limits.
The map [scale 1:200 000] was made on journeys in the area 1939/40 and includes extensive notes, on trail and terrain conditions and tribal areas and is based on a 1934/36 map by the Dutch East Indies Forestry Department.