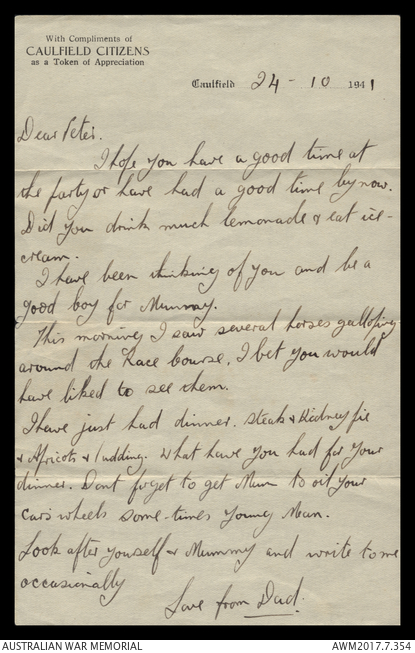 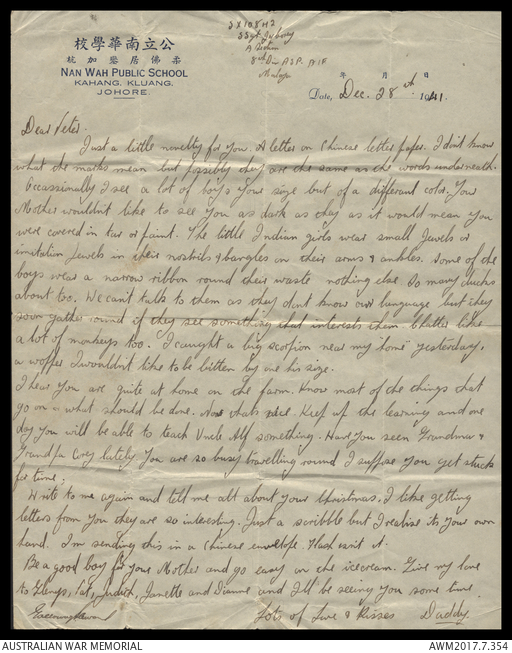 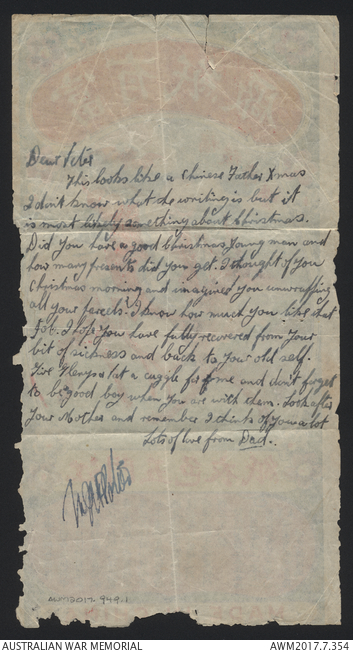 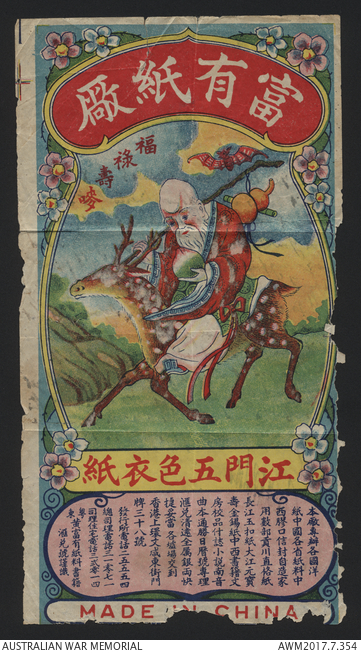 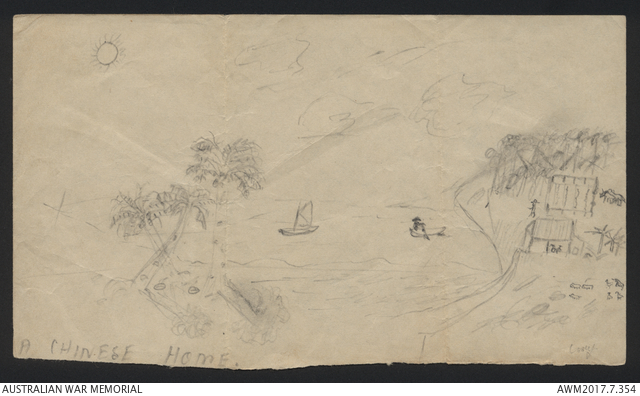 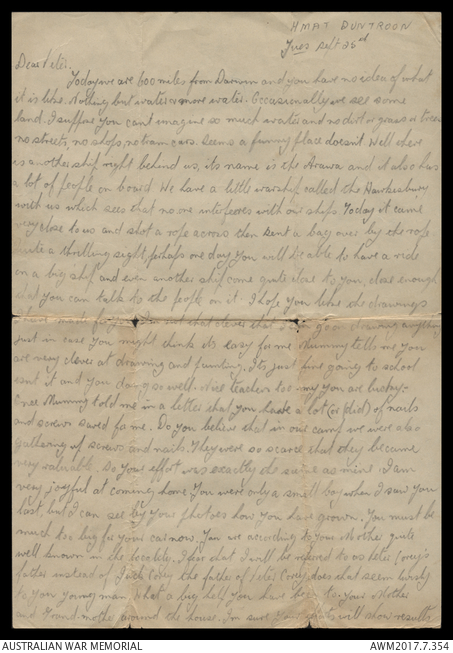 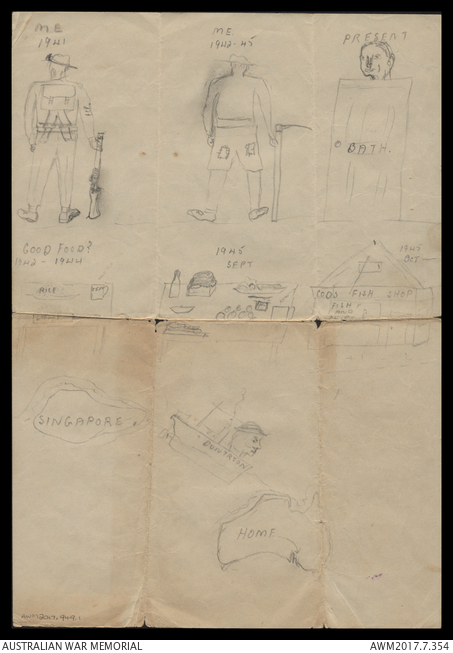 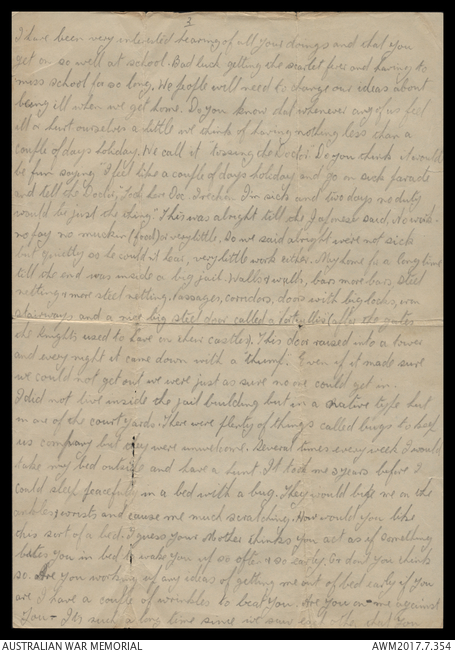 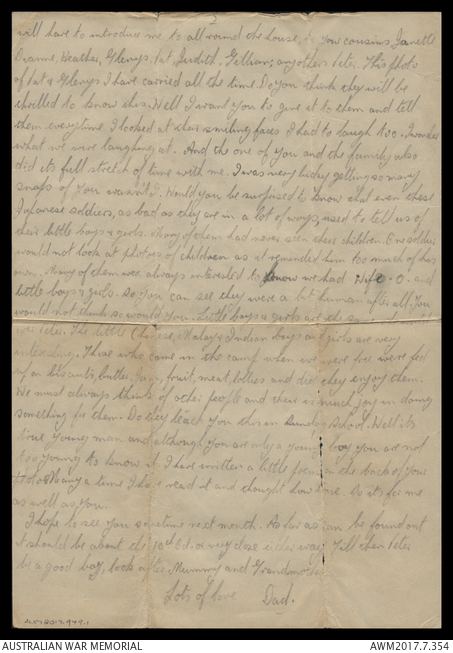 Seven letters written by Sgt Corey home to his infant son Peter, between 1941-45 when Peter would have been aged between 3 and 7 years old. The first two letters are dated 1941 - the first was written while still in camp in Cauldfield in Victoria, the second just after he arrived in Malaya. Three more are undated, and two of them are written on the back of Chinese wrappers - one from a tin of pineapple. There is also a pencil sketch of a Chinese home. The final 2 page letter is dated September [1945] and written onboard HMAT Duntroon, on Spt Corey's way home after being liberated. The letters are typical of those of a father writing to a young child, although the final letter shows some candid insight into his feelings, he writes: ”Would you be surprised to know that even these Japanese soldiers, as bad as they are in a lot of ways, used to tell us of their little boys and girls. Many of them had never seen their children... So you can see they were a bit human after all. You would not think so would you. Little boys and girls are the same the world over Peter. The little Chinese, Malay and Indian boys and girls are very interesting. Those who came in the camp when we were free were fed up on biscuits, butter, jam, fruit, meat, lollies and did they enjoy them. We must always think of other people and there is much joy in doing something for them. Do they teach you this in Sunday school? Well its true young man and although you are only a young boy you are not too young to know it.” Some of the letters are illustrated.