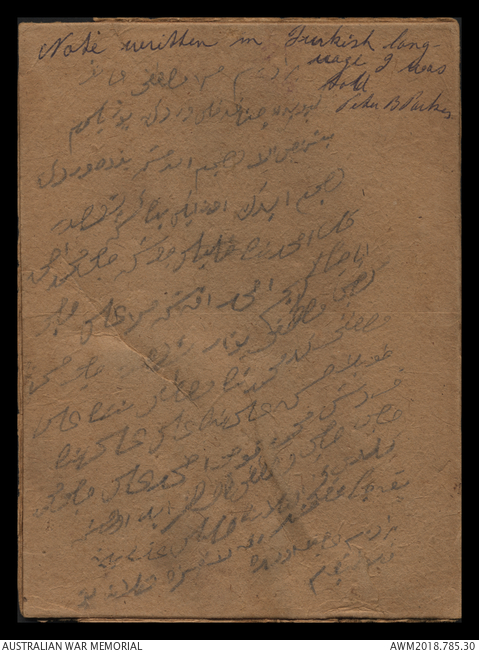 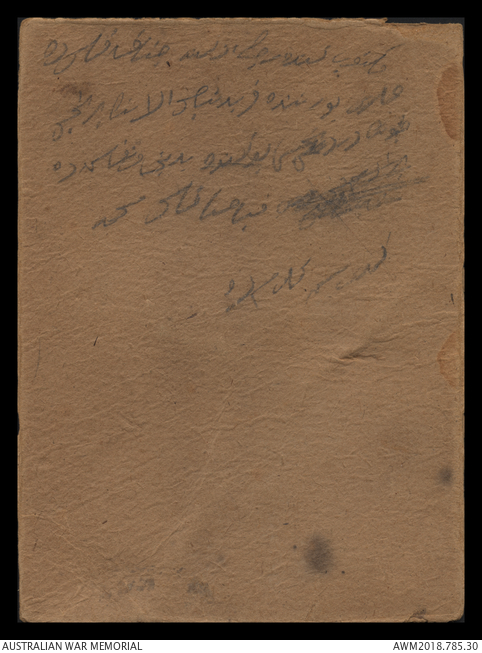 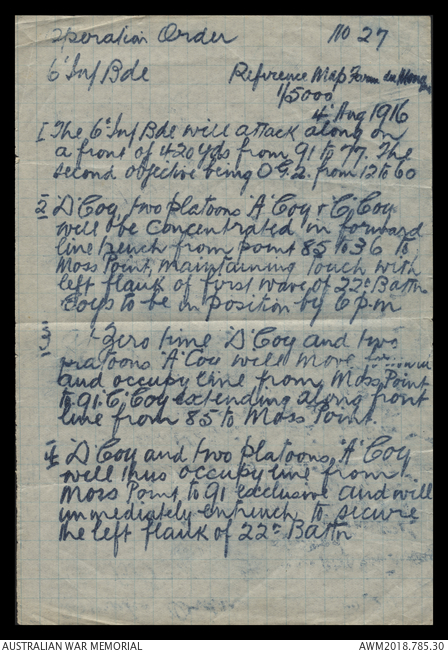 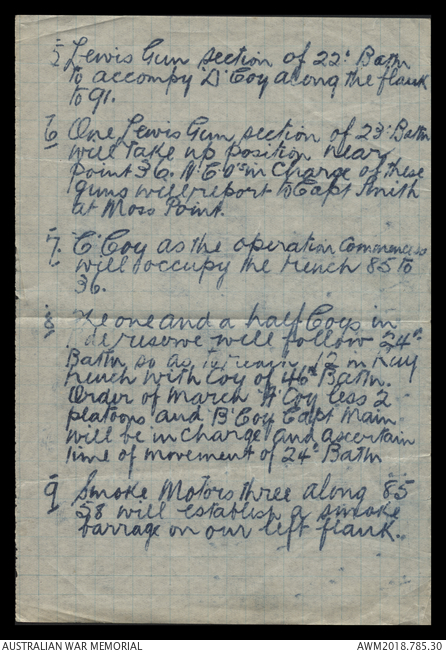 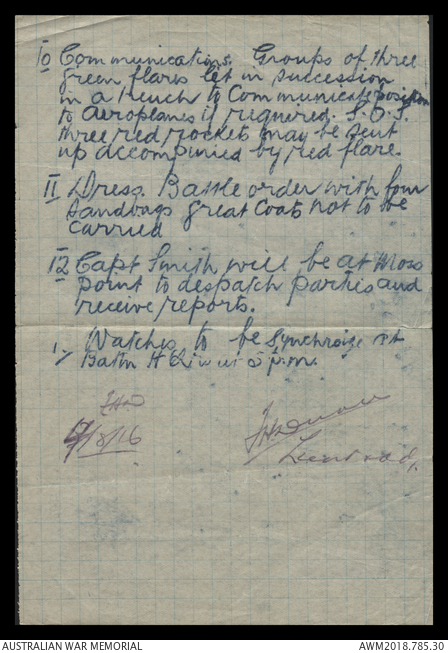 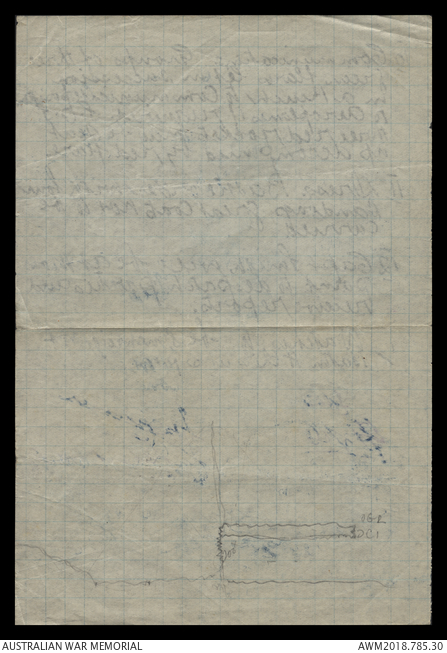 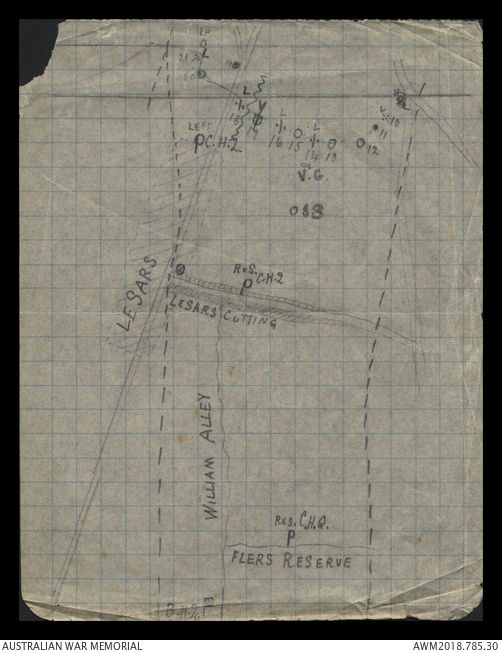 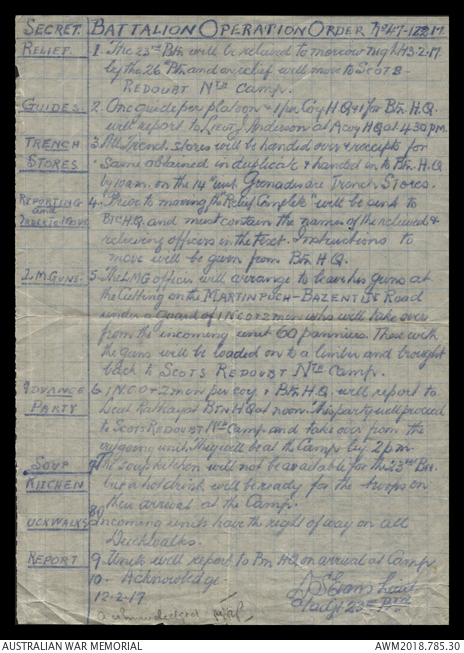 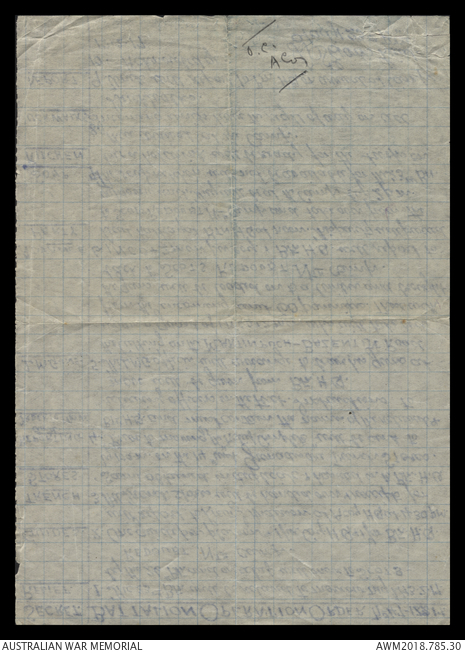 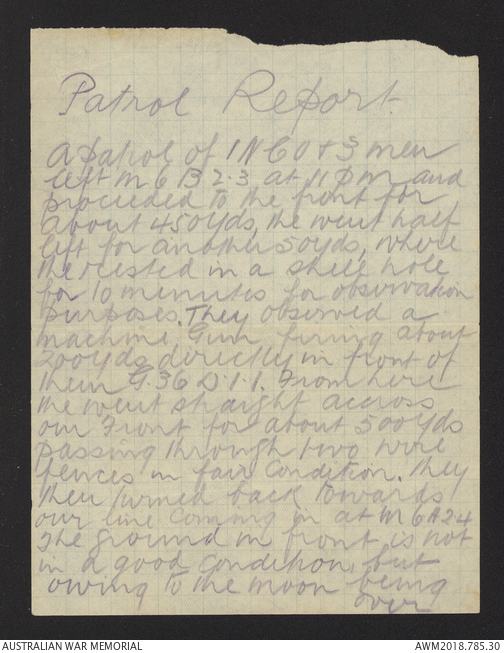 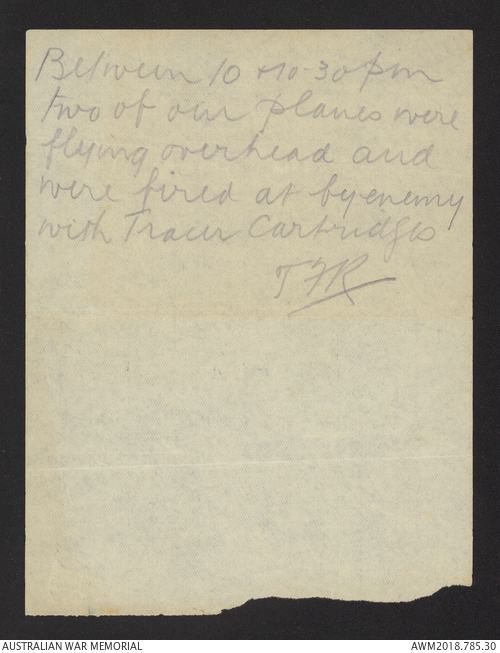 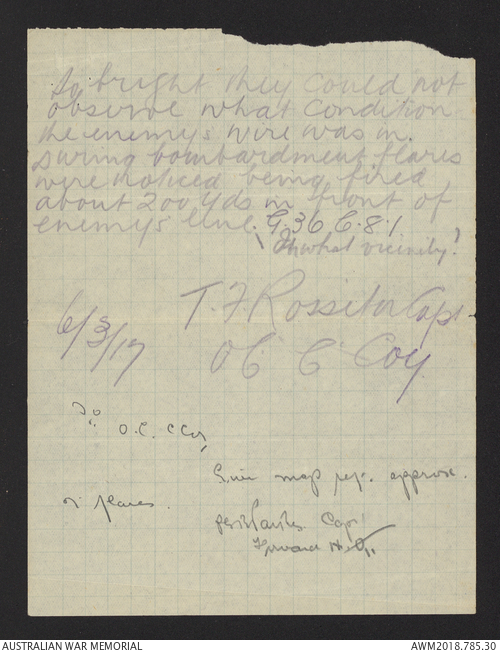 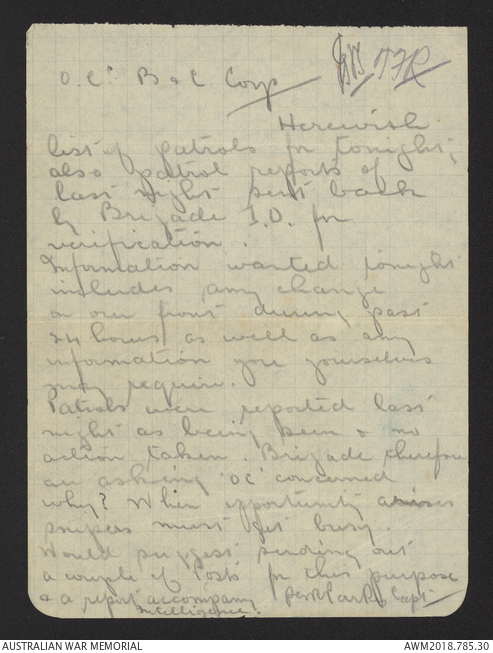 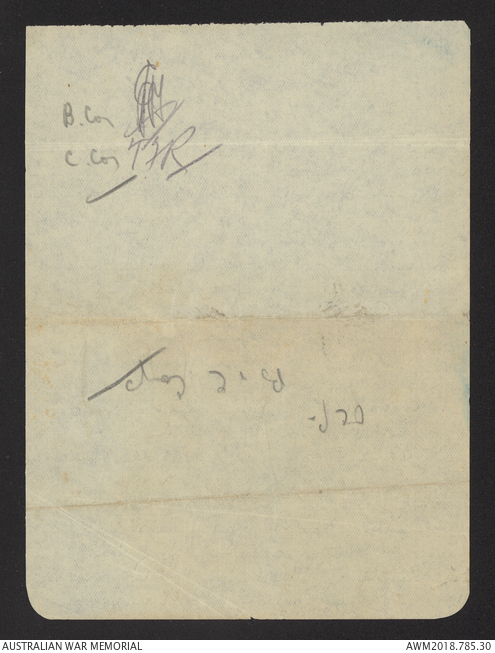 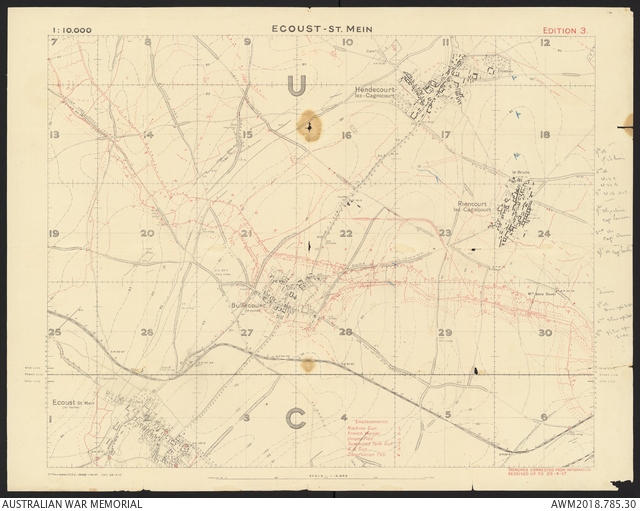 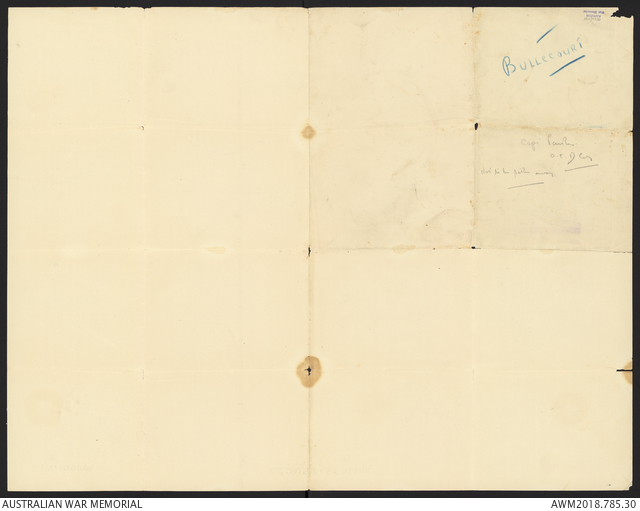 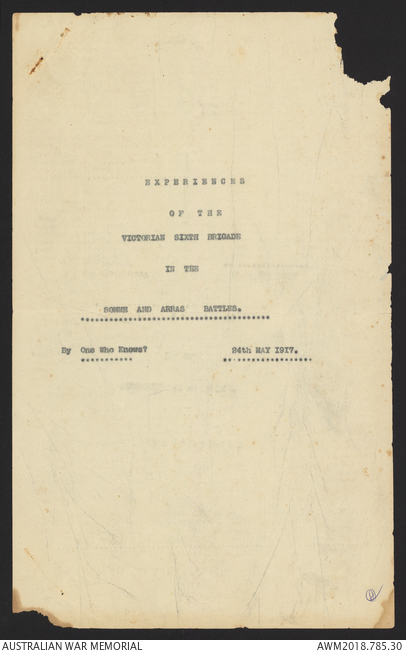 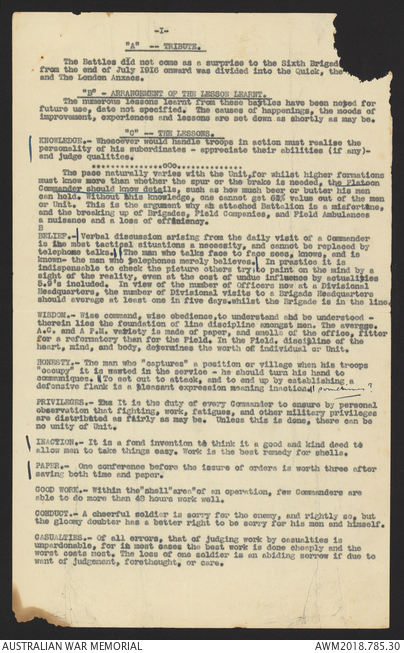 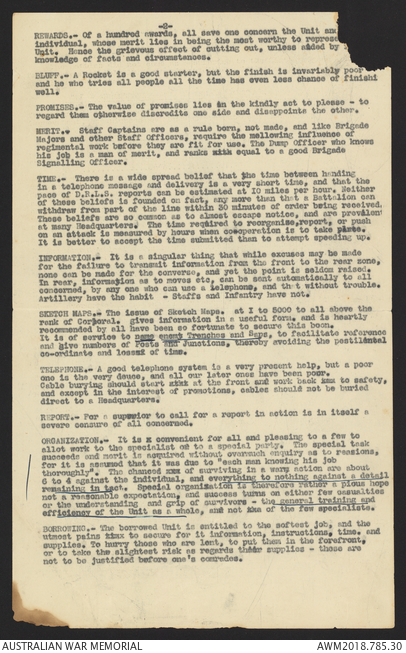 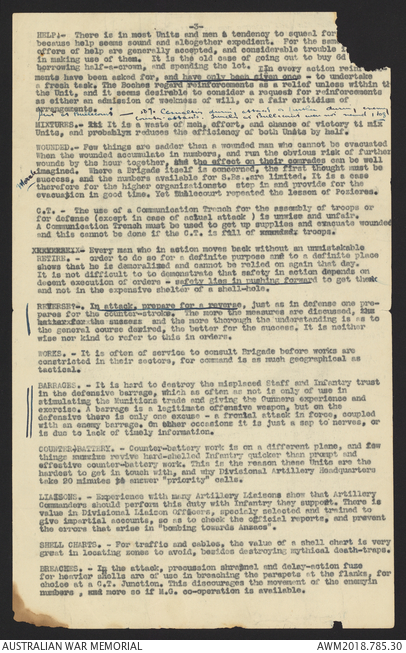 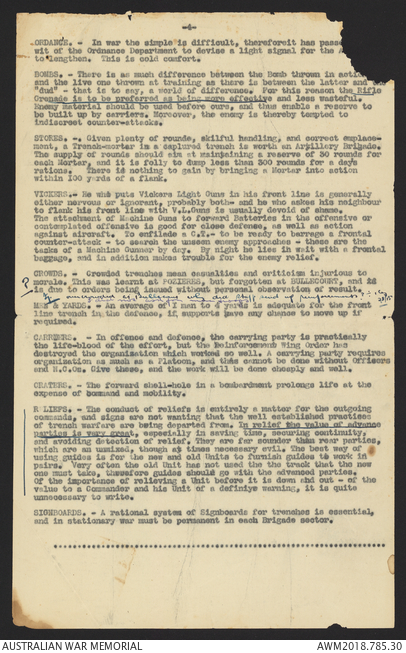 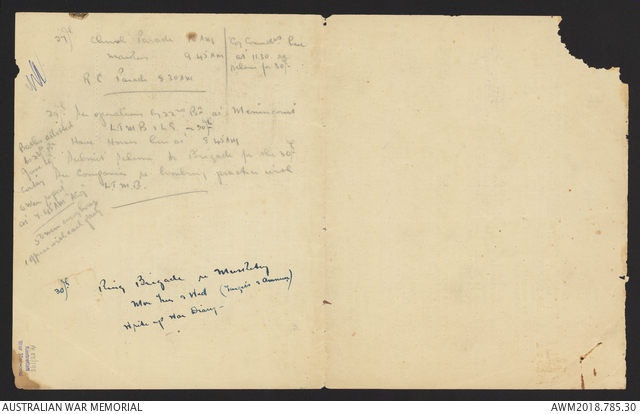 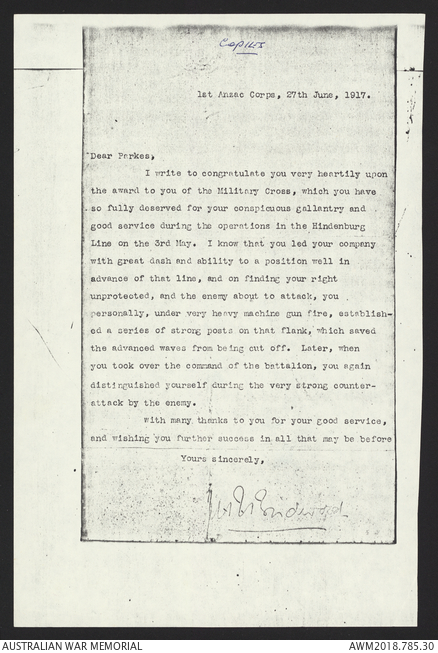 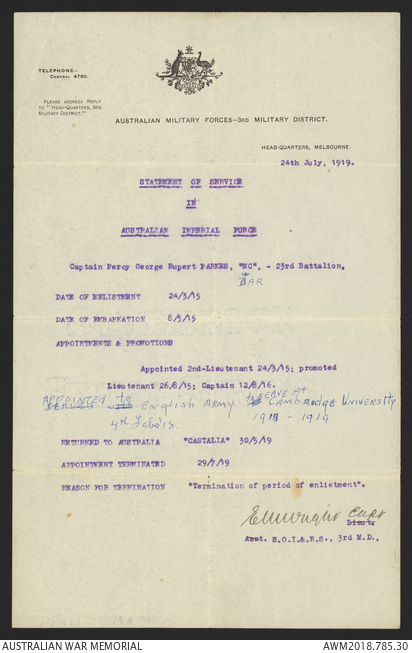 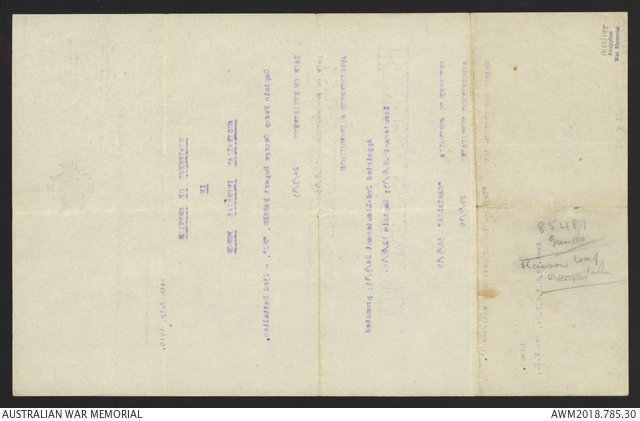 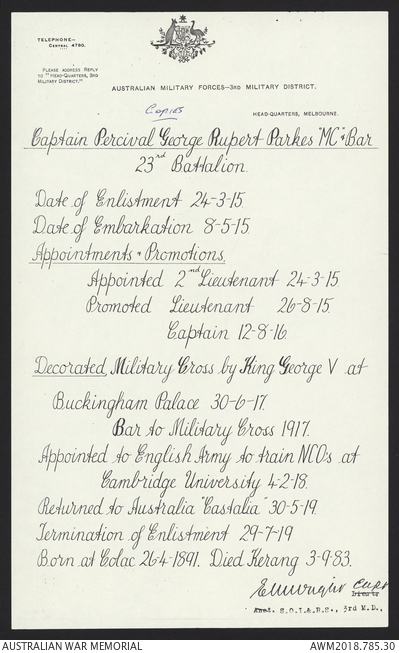 This file contains a selection of official records such as orders and reports issued in France as well as miscellaneous papers relating to the service of Percy George Rupert Parkes. A paper titled 'Experiences of the Victorian Sixth Brigade in the Somme and Arras Battles' outlines the author's approach to leadership and addresses a variety of practical lessons learnt during the aforementioned battles.