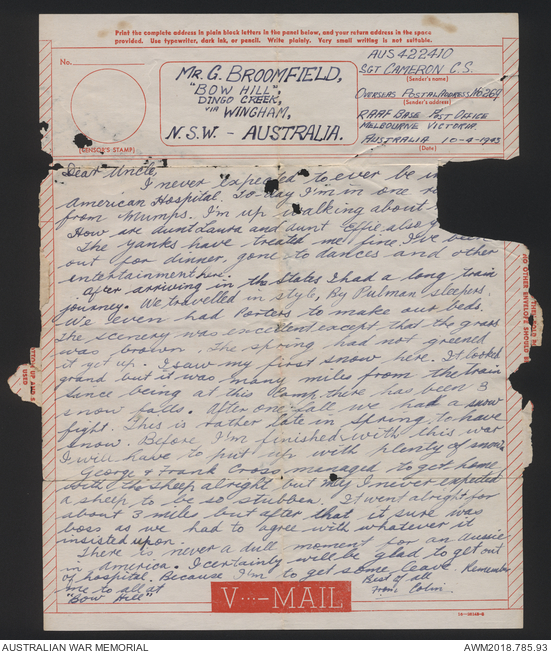 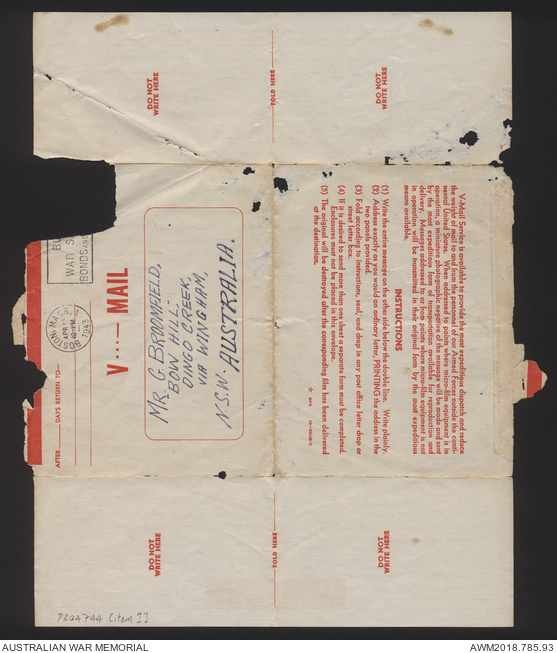 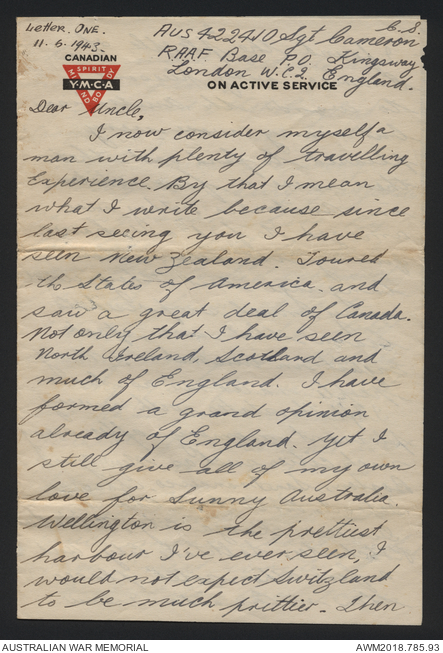 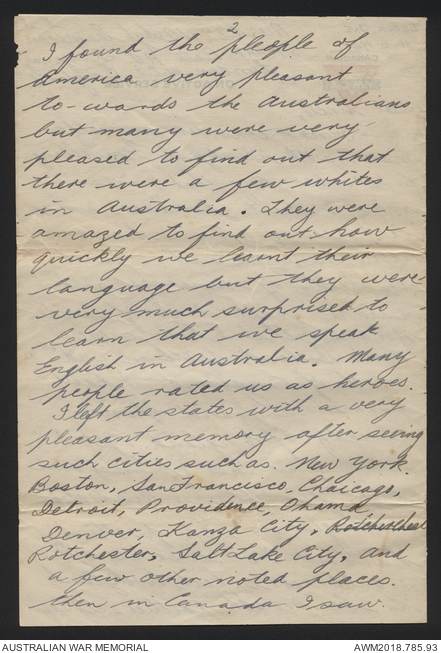 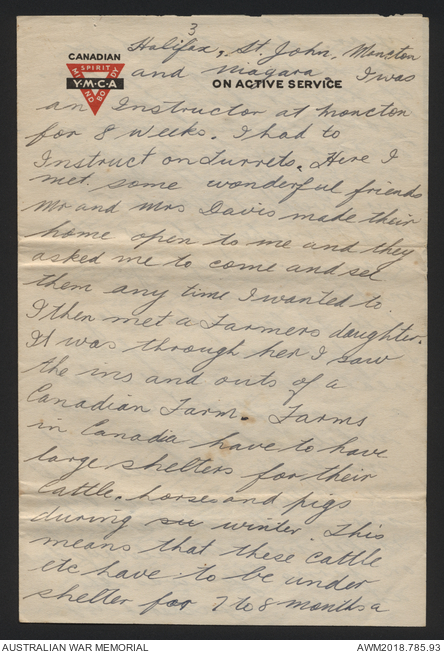 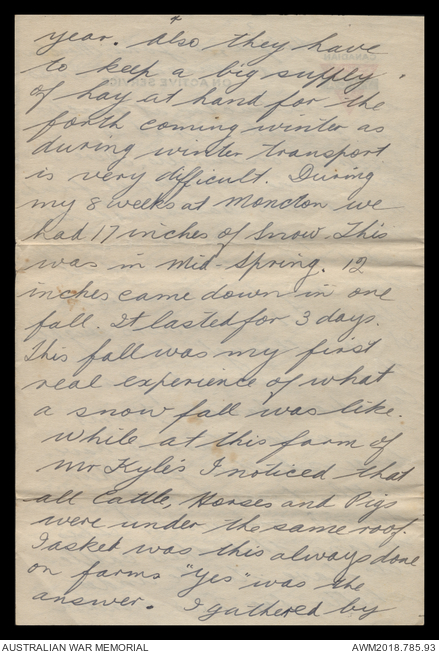 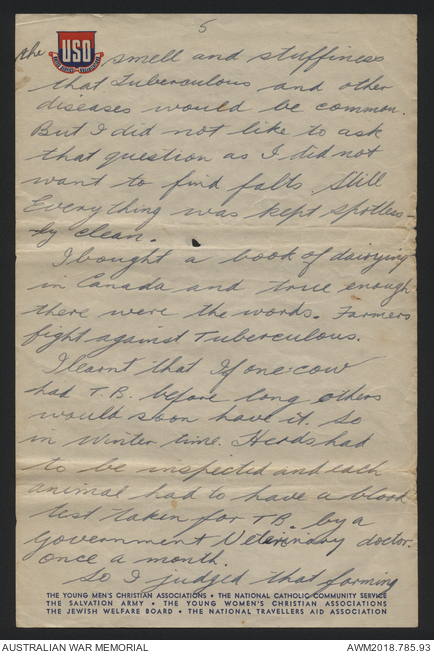 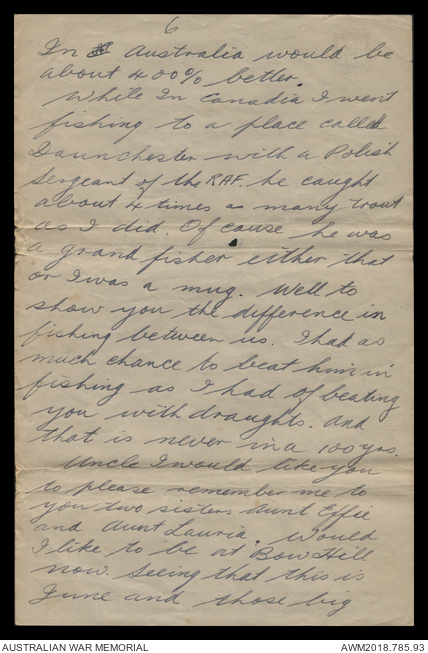 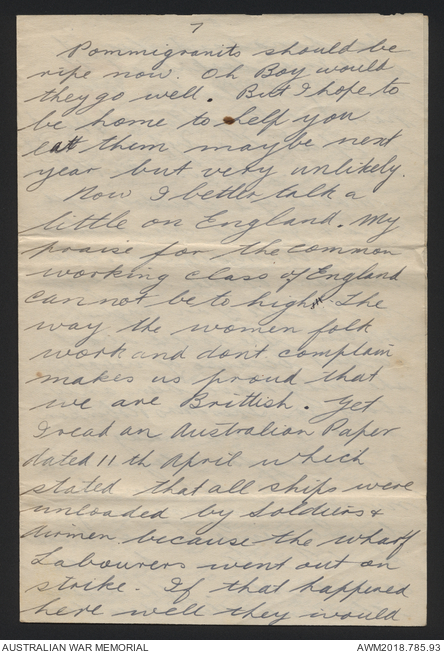 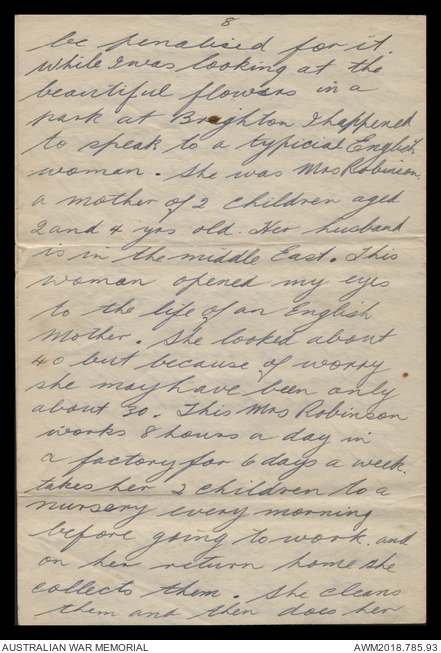 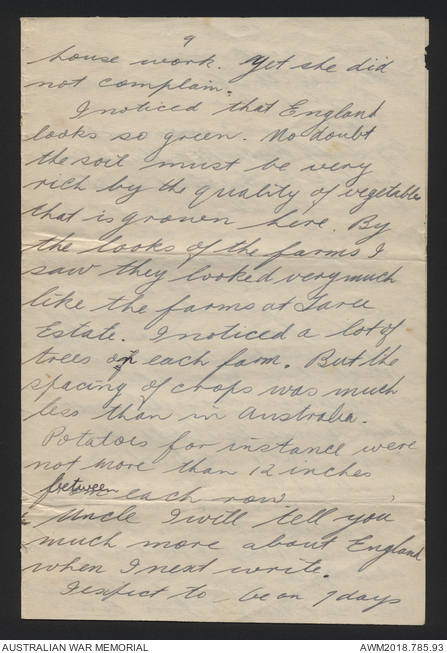 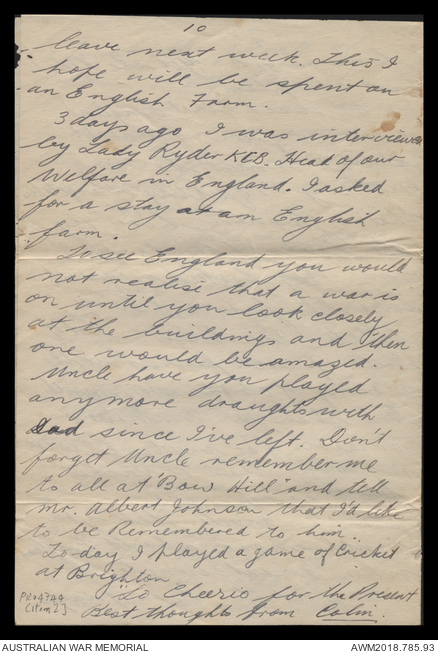 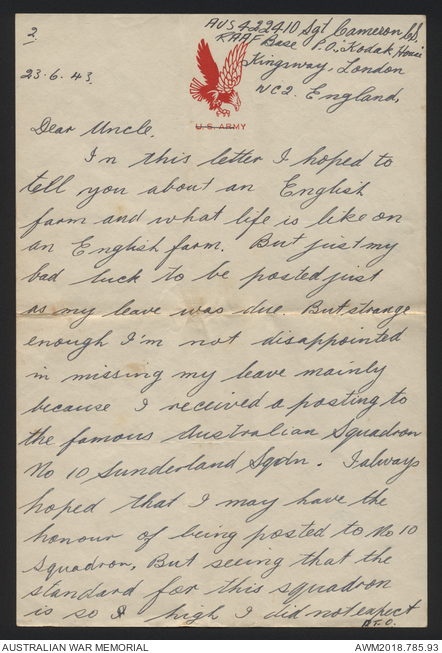 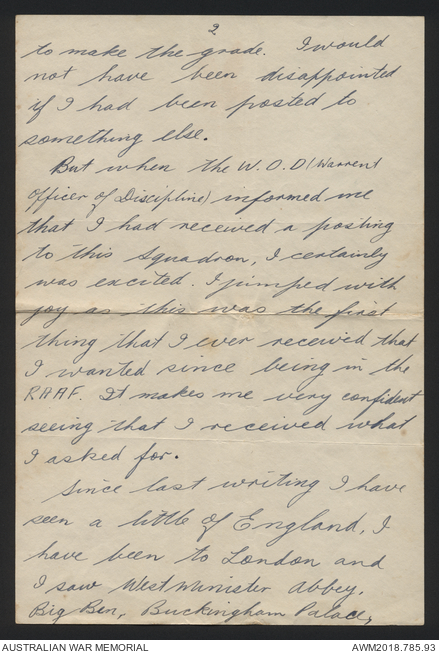 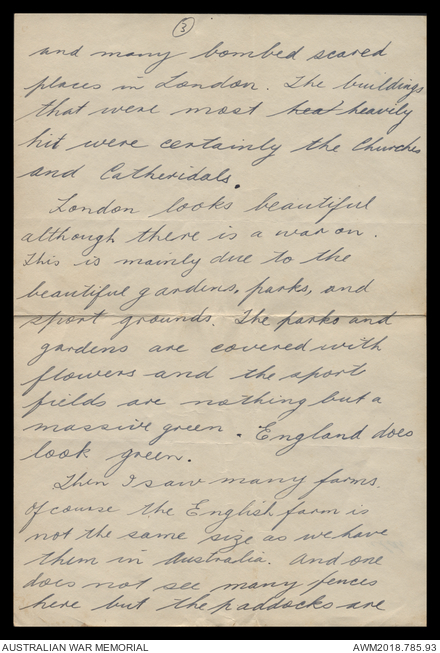 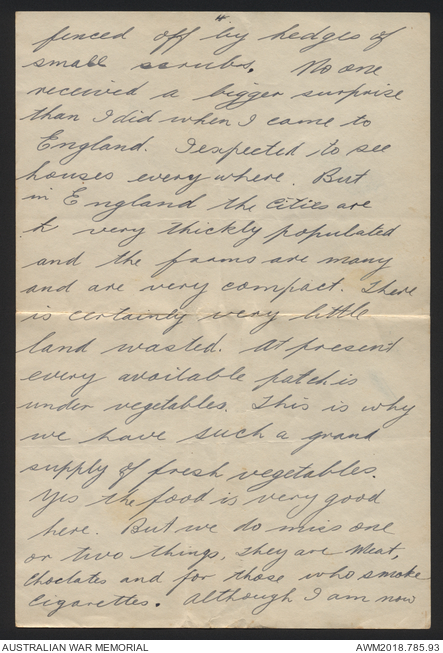 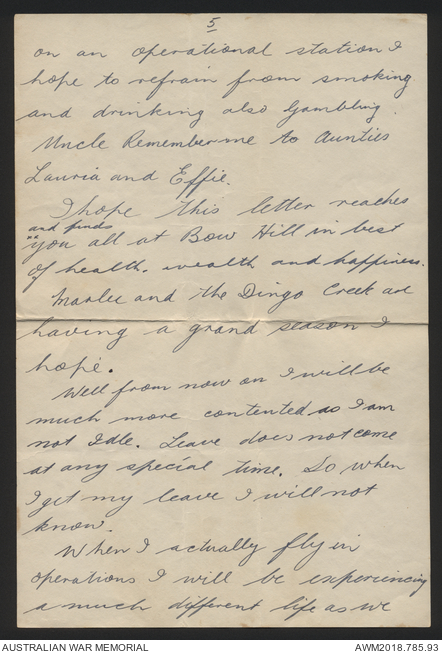 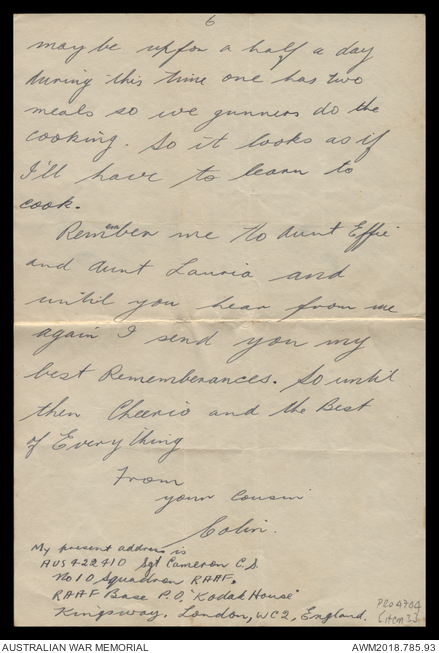 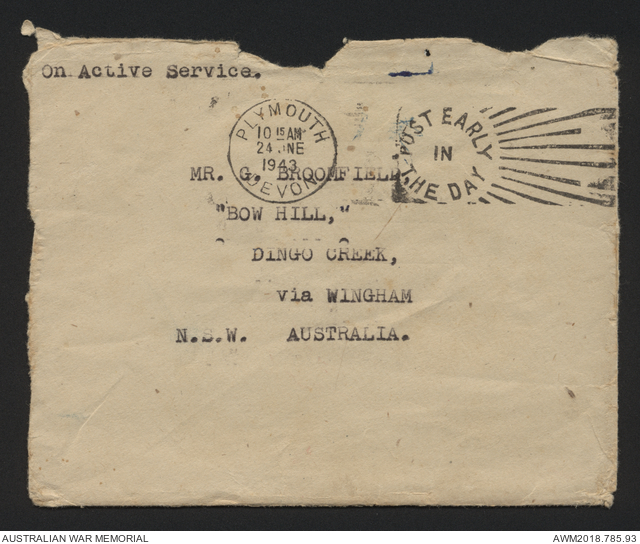 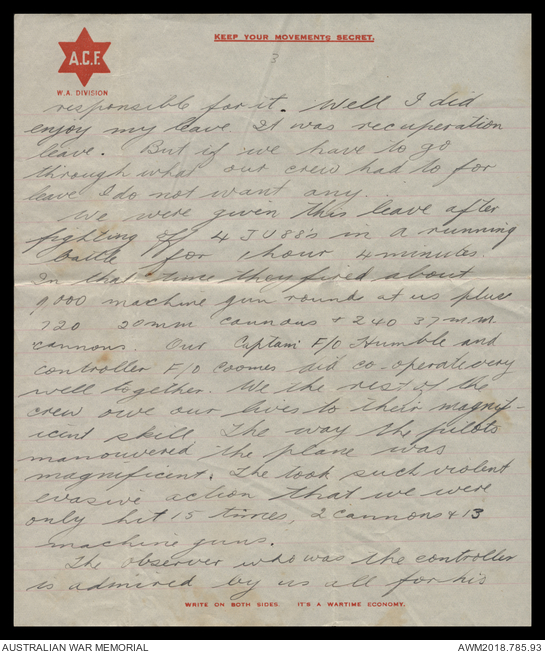 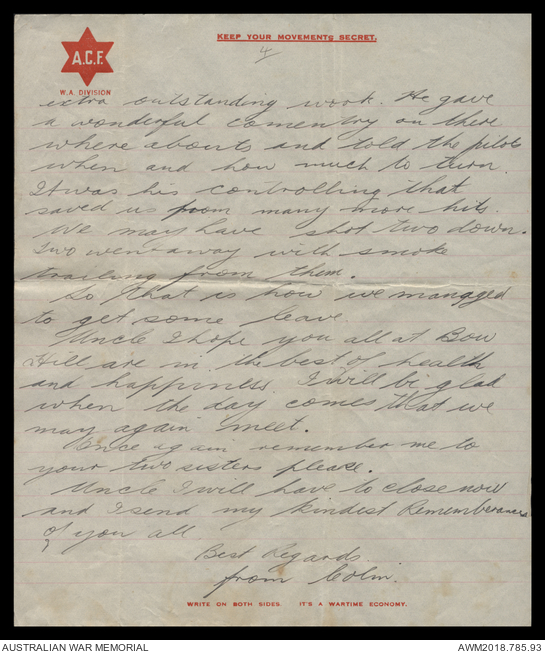 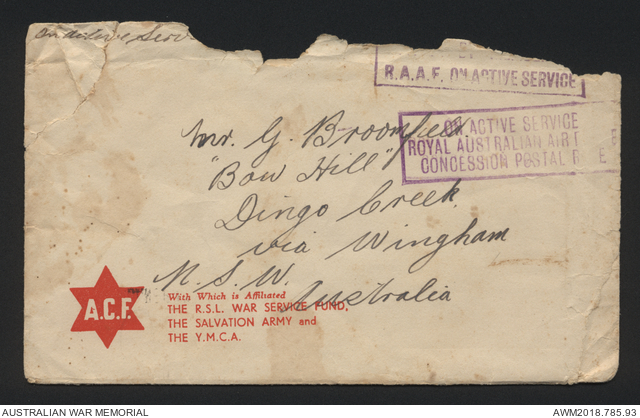 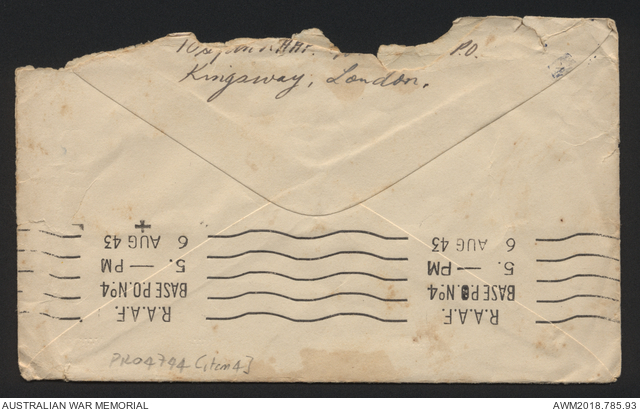 This file is comprised of four letters by Colin Stewart Cameron to 'Uncle' George Broomfield, a cousin of the author's father. Cameron writes about his travels to the United States and Canada in the course of participating in the British Commonwealth Air Training Plan, and his subsequent period of service in England. He describes sightseeing activities in North America and the United Kingdom, and notes the warm reception of people he meets during his travels, but devotes much of his attention to recalling visits to farming communities and commenting on pastoral and agricultural practices.

In relation to his active service, Cameron remarks on instructing trainee gunners whilst based at Moncton in Canada, his excitement at being posted to the 'famous' No. 10 Squadron soon after arriving in England, training for air operations and logging long hours in the air. In his final letter he provides a detailed account of an aerial battle with four German Junkers Ju 88s lasting over an hour, describing the heavy fire and damage sustained to his aircraft, and praising the skill and composure of crew members.