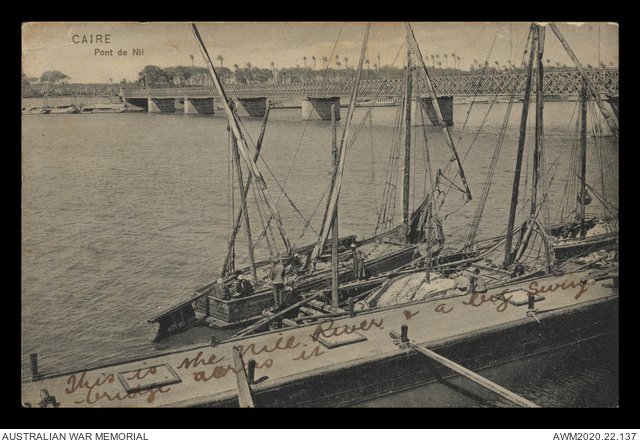 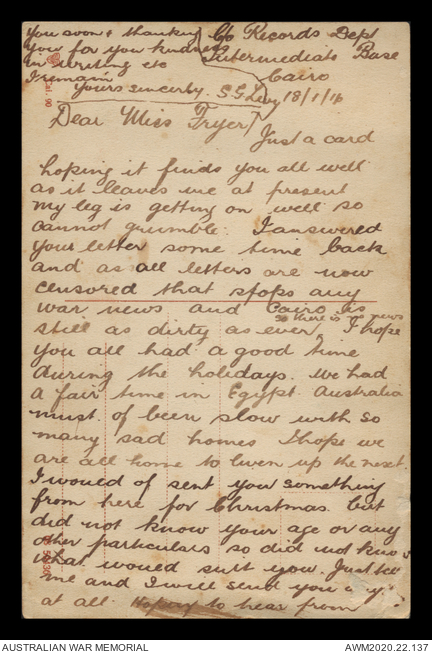 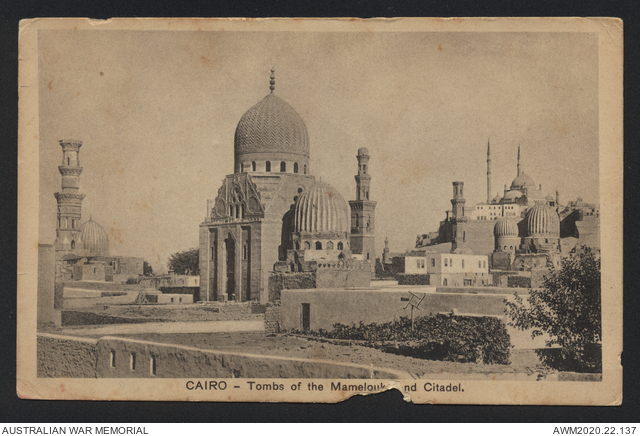 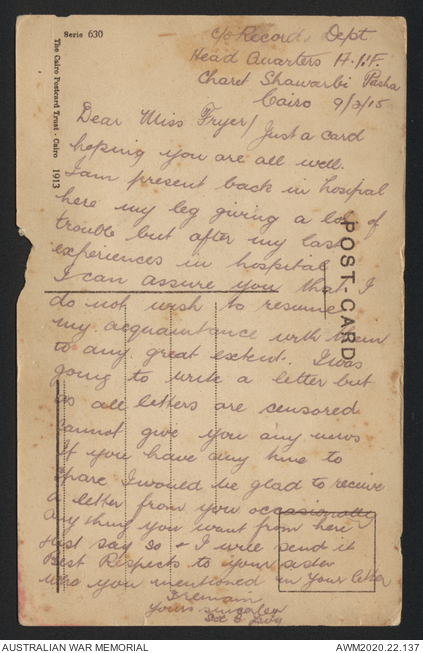 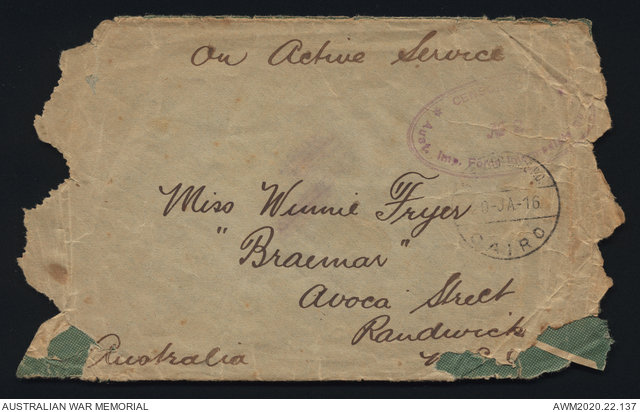 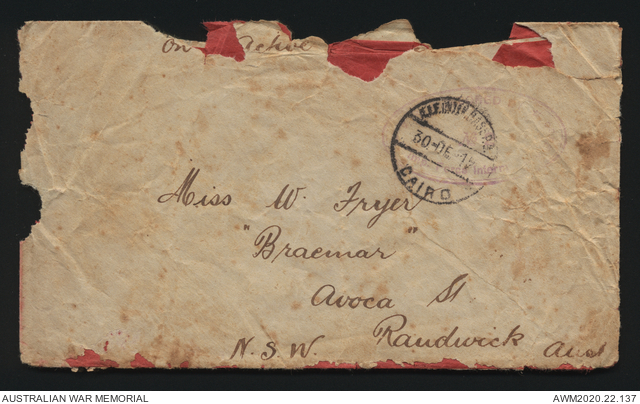 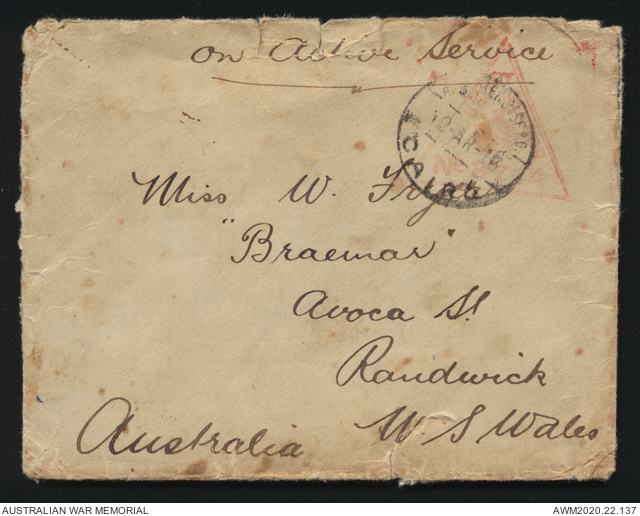 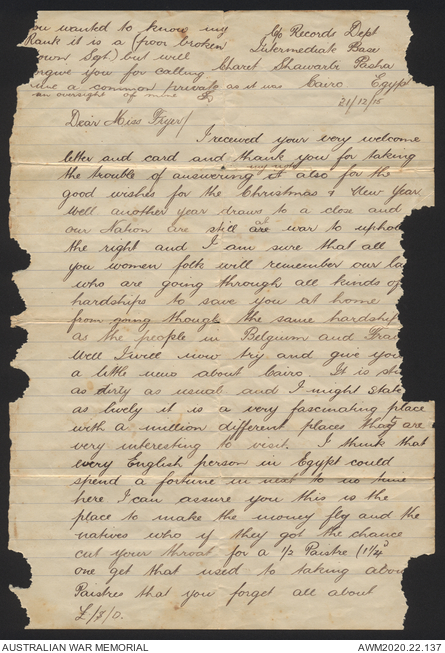 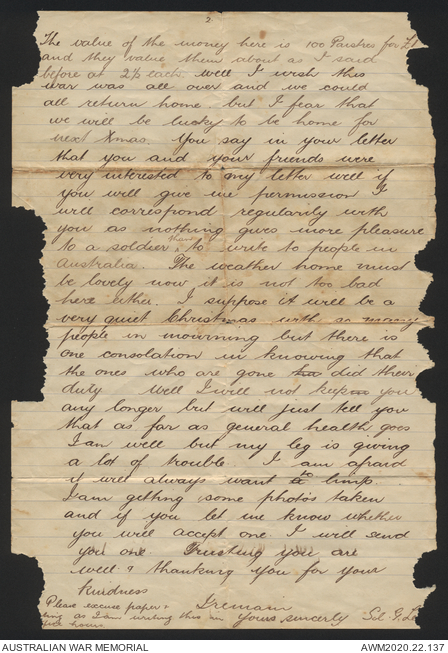 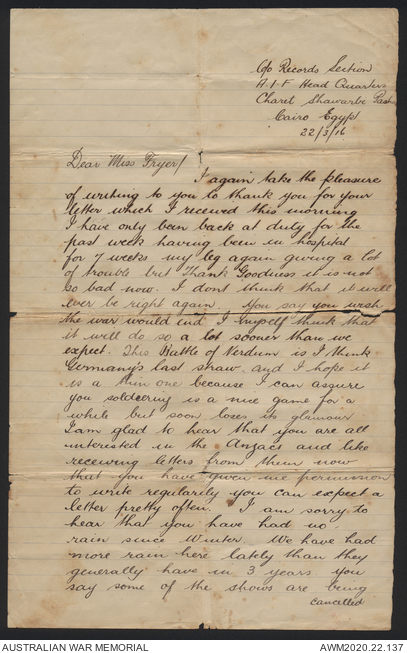 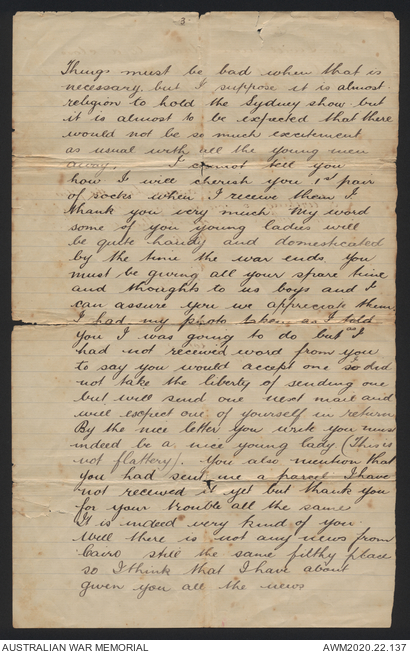 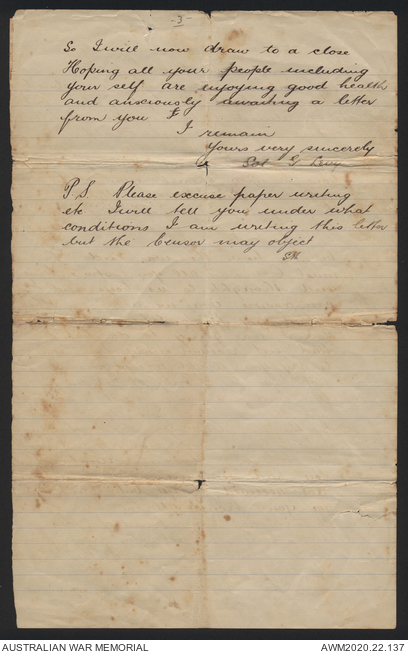 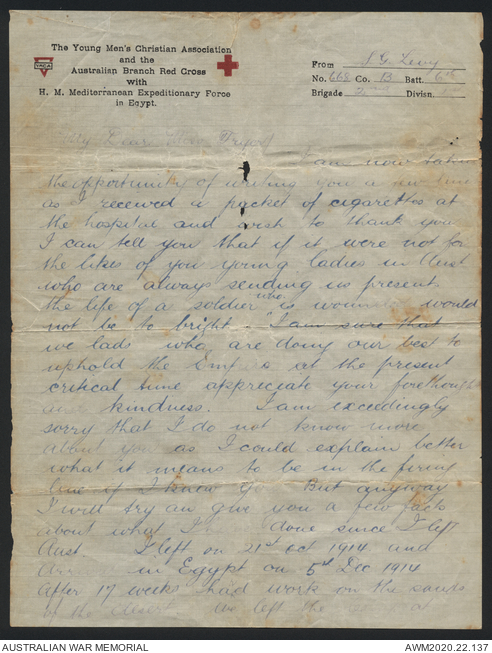 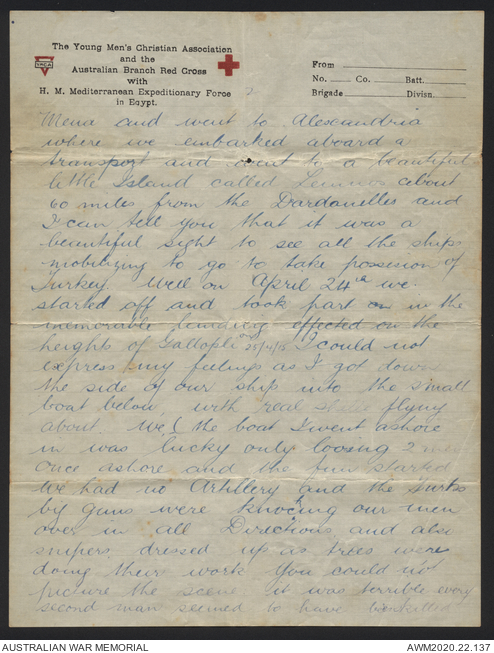 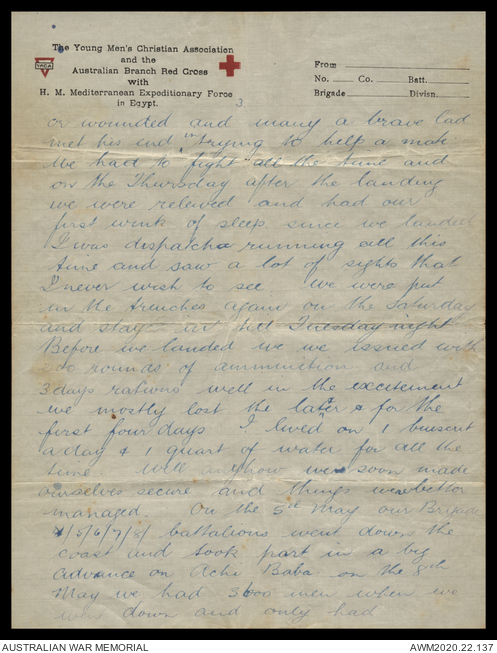 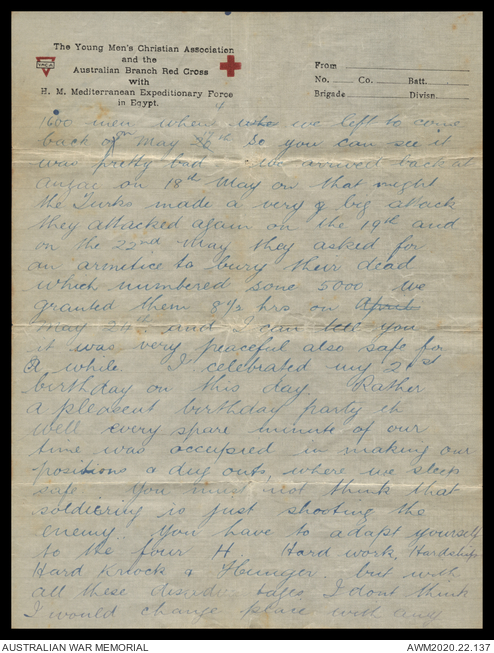 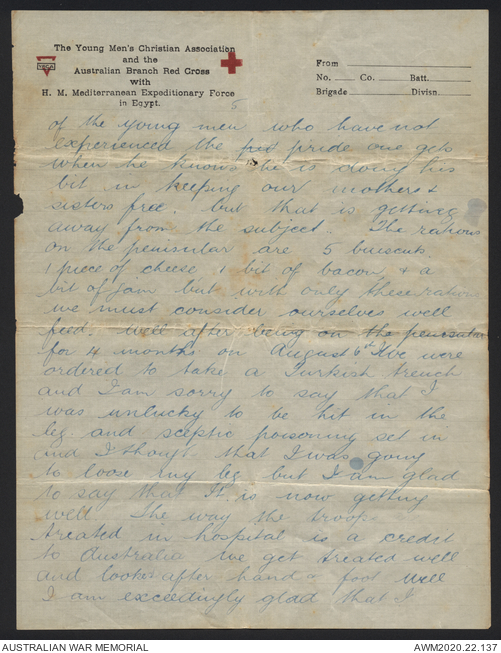 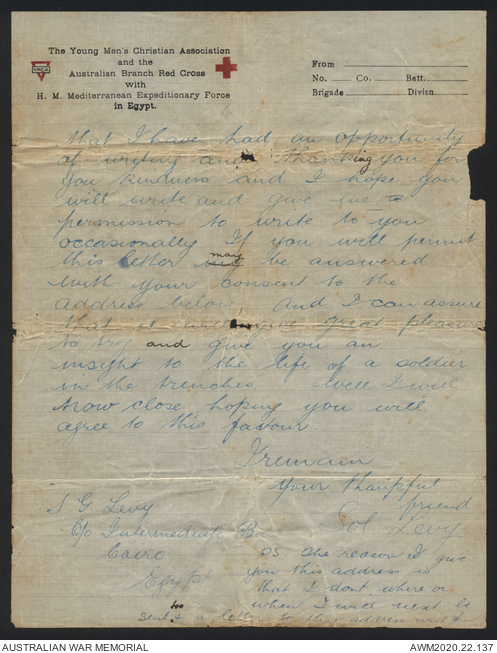 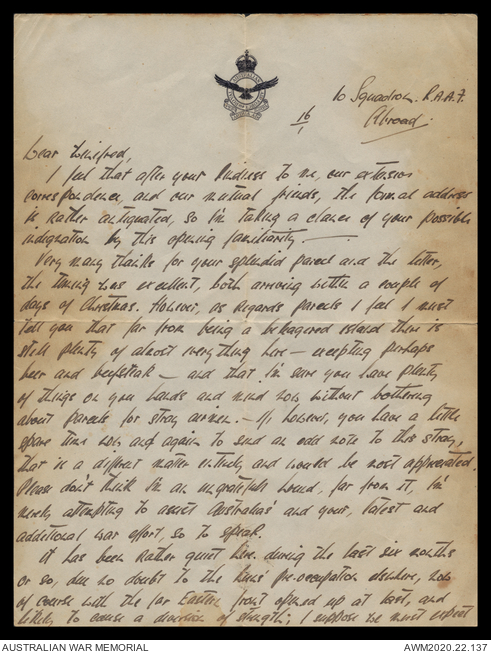 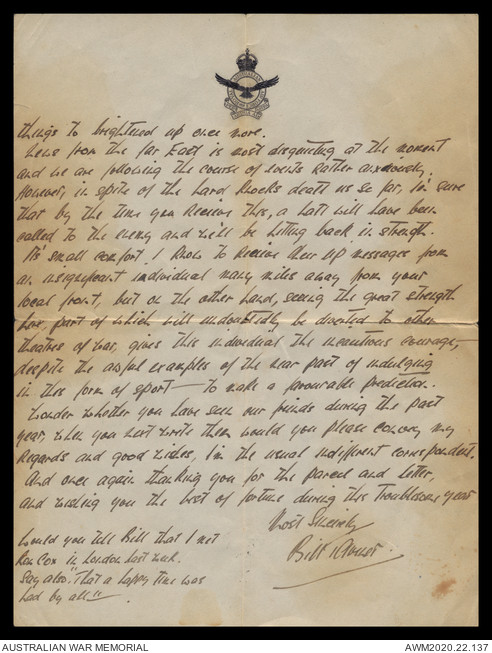 Wallet 1 of 1 - Collection contains the correspondence of two service personnel who wrote to Winifred Fryer thanking her for food parcels: three letters and two postcards written during the First World War by Sergeant Sol Levy; and a letter and Christmas card sent by Squadron Leader Bill Taverner during the Second World War. Sergeant Levy describes the landing at Gallipoli 25 April 1915, where 'every second man seemed to have been killed' and the advance at Achi Baba and the Turkish offensives in May 1915.