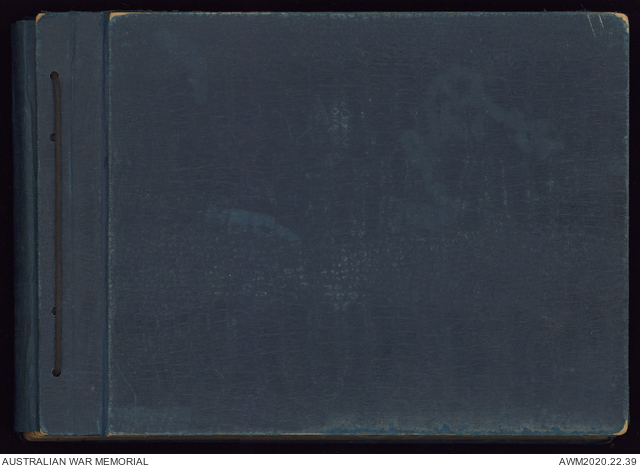 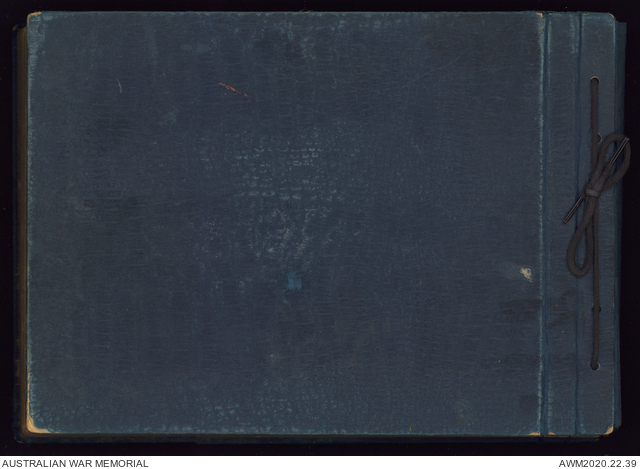 Wallet 5 of 5 - Comprises a custom box housing an album of photographs and postcards relating to the First World War service of John Rutherford Gordon. Much of the material dates from 1914-15, and includes photographs of Gordon and his brother 845 Driver Douglas Peel Gordon in uniform at home in Adelaide prior to their embarkation, and a wide variety of photographs and postcards relating to Gordon's embarkation from Adelaide in October 1914, training in Egypt, service at Gallipoli and return to Australia in September 1915. The material from Egypt includes photographs of Gordon and soldiers in camp, training and sightseeing as well as postcards of the Palace Hotel in Heliopolis. The material from Gallipoli includes souvenir photographs of Anzac Cove the day after landing and Australian Headquarters, in addition to images of transport ships, soldiers relaxing in camp and manning trenches, artillery positions and panoramas of the Gallipoli Peninsula. The last item in the album features a photograph of Gordon's family home in Adelaide signed and annotated with short messages by members of his family, dated 21 August 1917.

The album also includes the identification disc issued to Gordon whilst attached to the 10th Infantry Battalion, and the ribbon bar from the 1914-15 Star awarded to Gordon.