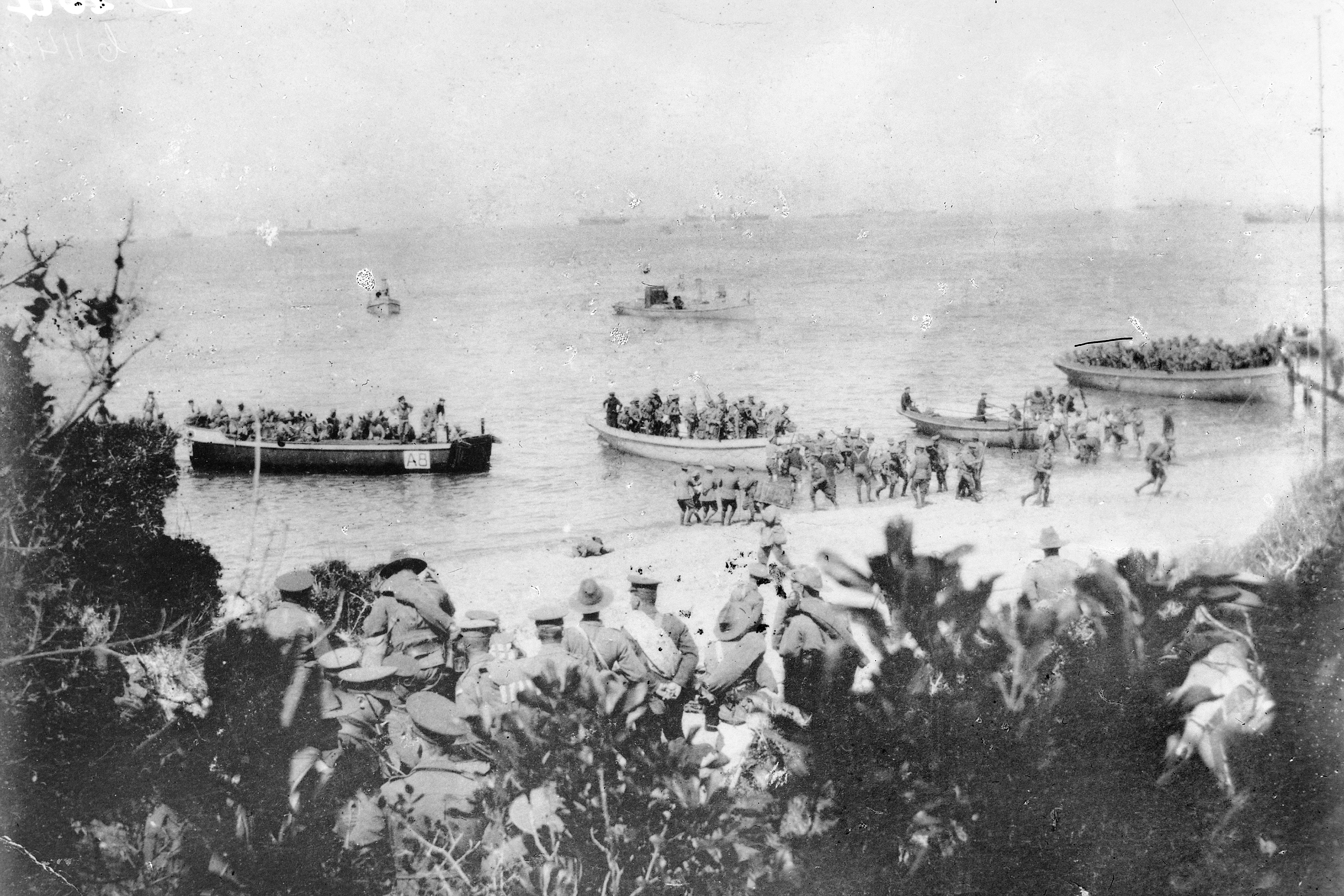 Part of the 4th Battalion and the mules for the 26th (Jacob's) Indian Mountain Battery landing at 8 am. In the foreground looking at the boats is the staff of Colonel H N MacLaurin, 1st Infantry Brigade. The officer with the rolled greatcoat over his shoulder is Major F D Irvine, Brigade Major (3), who was killed on 27 April 1915. To his immediate left is Lieutenant W T McDonald, Quartermaster (2). Nearer the water's edge (centre) is Captain D M King, Orderly Officer (5). The officer on the left, with his chin strap down, is Lieutenant R G Hamilton, the Brigade Signal Officer (1). At the water's edge lies an Australian engineer, Sapper 191 sapper Fred Reynolds, 1st Field Company Engineers (4), one of the first to fall on the Gallipoli Peninsula. At left is the landing boat A8. See J03022K for position of those named in this caption.