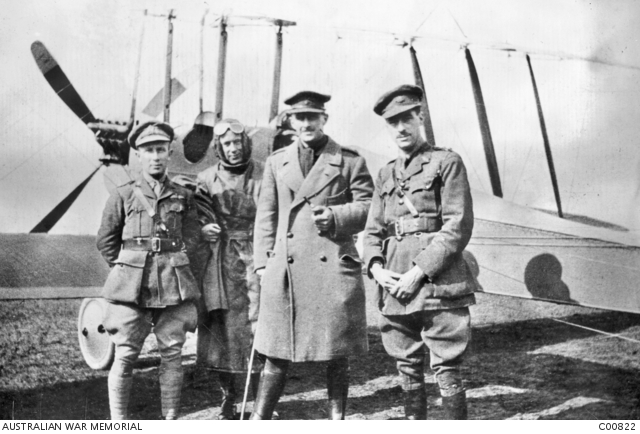 Group portrait of the Officer Commanding 3 Squadron, Australian Flying Corps, Major David Valentine Blake of Parramatta, NSW (third from left, with stick), and three unidentified officers. The three Australian air squadrons arrived in England in winter 1916-1917 at the height of the British effort to defeat the Germans in the air, with little training or equipment and incompletely formed. Training was undertaken with the Royal Flying Corps and took about eight months. This squadron was the first to arrive in France, in September 1917.