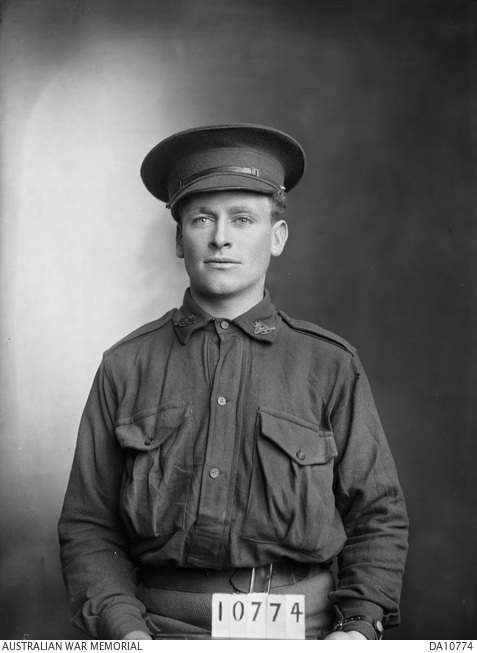 Studio portrait of 2150 Private (Pe) Thomas Joseph Cosgriff, 4th Reinforcements, 21st Battalion, of Albert Park, Vic. Pte Cosgriff enlisted on 19 July 1915 and embarked from Melbourne aboard HMAT Hororata on 27 September 1915. He was killed in action on 19 July 1916 at Fromelles, France. At the time his body was not located and his name was recorded at VC Corner Australian Cemetery in France. In 2008 a burial ground was located at Pheasant Wood containing the bodies of 250 British and Australian soldiers. In March 2010 seventy five of the men (including Pte Cosgriff) were identified and their names released; further DNA analysis is being carried out. All of the remains were reburied at the newly created Pheasant Wood (Fromelles) Military Cemetery.