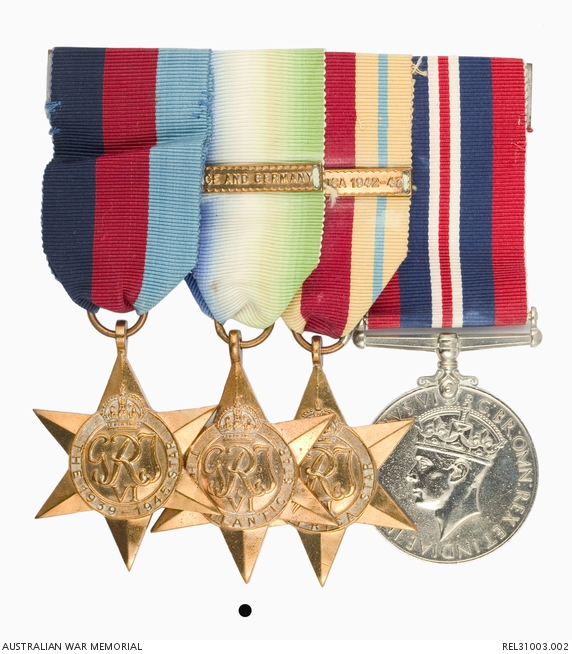 Atlantic Star with 'France and Germany' Clasp. Unnamed as issued.

Associated with the service of D/JA 245595 Leading Signaller Robert ‘Bob’ Thompson, Royal Navy, who enlisted on 3 January 1941 and saw service with the North Russia and Trafalgar convoys; in the Normandy Campaign; and manned Landing Craft LC H187 during the British Commando/Royal Marine assault on Walcheren Island (a German-held fortified island, near the mouth of the Scheldt River which protected the approaches to Antwerp) on 1-8 November 1944. After the war ended, Thompson served with the British Commonwealth Occupation Forces (BCOF) in Japan in 1946 with the shore establishment, HMS Cmmonwealth. He later emigrated to Australia.