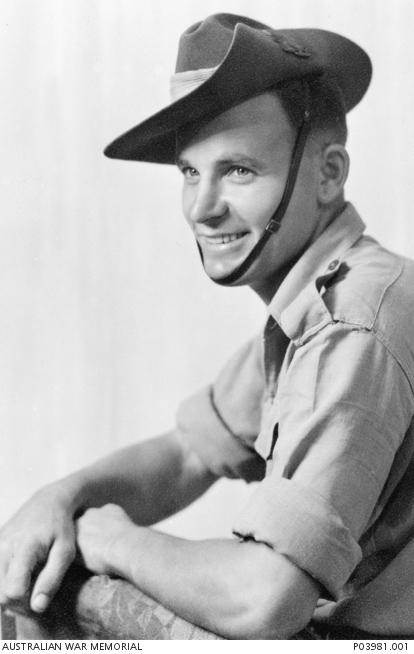 Portrait of 3/400608 Private (Pte) Peter White. Pte White was born in Ireland on 6 July 1925 and worked as a labourer before enlisting in the Australian Military Forces in 1951. He served in Korea with 3 Battalion, The Royal Australian Regiment (3RAR) from 1952 until he was presumed killed in action (KIA) on 14 January 1953. He was a member of a fighting patrol sent out on the night of the 13-14 January 1953 to capture a Chinese Army prisoner. The patrol became involved in fighting with Chinese forces and Pte White was severely wounded by an enemy grenade. He was left behind and presumed killed when the patrol retreated. The forward scout, 1/400205 Pte Eric Donnelly, had tried to rescue Pte White but he himself was also wounded, captured and taken prisoner by the Chinese to be released months later.