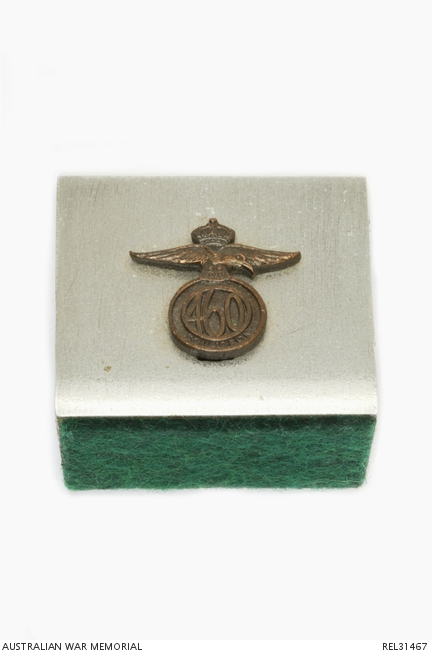 Small white metal table decoration stand backed with green felt and decorated with a copper crest of 460 Squadron, RAAF. The crest shows '460' with 'SQUADRON' at the bottom of the circle surrounding the numeral. The crest is surmounted by a RAAF eagle and king's crown.

Associated with the service of Sergeant Kenneth Vosper who served in 1475 (3rd Lewisham) Squadron RAF during the Second World War. Vosper may also have served in the Bomber Command unit 460 Squadron, RAAF during this period. 460 Squadron was involved in many of the night bombing raids on industrial and civilian targets in Germany. Airmen from 460 Squadron mainly flew Wellington, Halifax and Lancaster aircraft.