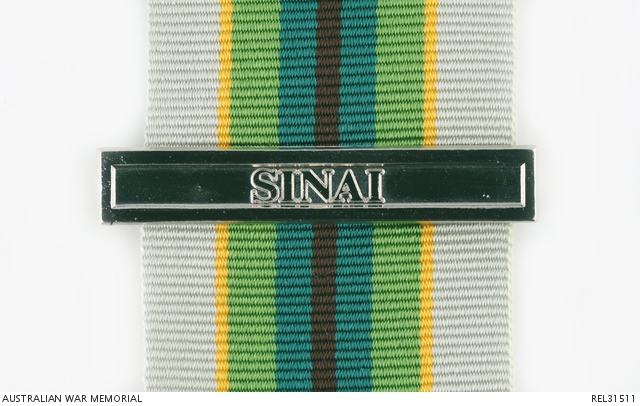 The Australian Service Medal (1975 - ) was established in 1988 and introduced in 1991 to recognise service by Australian forces in peacekeeping and/or non-warlike operations not already being recognised by the award of an individual campaign medal. Operations considered for inclusion must have taken place after February 1975. The ASM cannot be issued without a clasp. The clasp 'Sinai' was originally approved for personnel who had a minimum of 170 days service with the MFO (Multinational and Observer Force) monitoring the Israeli withdrawal from Sinai between 9 February 1982 and 28 April 1986. Further approval of the clasp has been granted for service in the same role after 6 January 1993. 1351 have been issued.