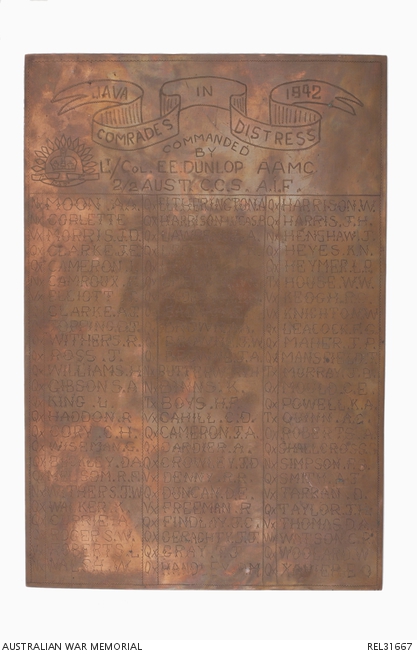 This roll is thought to have been made in Java, and was given to the family of VX55511 Private William Blakely ('Bill') Knighton after the war. Knighton, whose name appears on the roll, enlisted in the AIF in May 1941 as a married 37 year old, and died in Japanese captivity in June 1945. He is buried at Kanchanaburi War Cemetery in Thailand. Others listed on the roll who did not survive their imprisonment were: VX16925 Major Jack Dudley Morris, QX19259 Private James Charles Findlay, VX37693 Private Roy Freeman, NX60395 Private John Henshaw, QX8833 Private Leslie Percy George Heymer, QX7586 Private Charles Frederick Mould and WX9835 Sapper Colin Ray Watson.