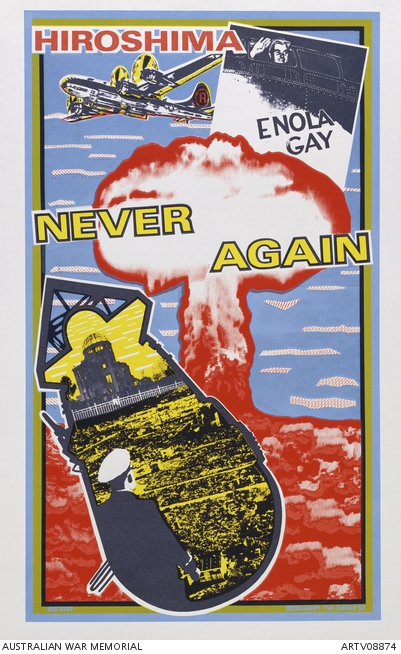 An anti-nuclear protest poster featuring the characteristic mushroom cloud of an atomic explosion as the main design component. In the upper segment is the B-29 Superfortress bomber 'Enola Gay', which dropped its cargo of a nuclear bomb over Hiroshima, and a photograph of Colonel Paul W. Tibbets, Jr., Pilot of the 'Enola Gay', waving from his cockpit before the takeoff, on Tinian island, 06 August 6, 1945 (Source: EPA/US National Archive). Overlaid in the lower forground is a sillouhette of 'Little boy' which detonated over Hiroshima, within which is an image of Allied personnel looking across the devastated city.