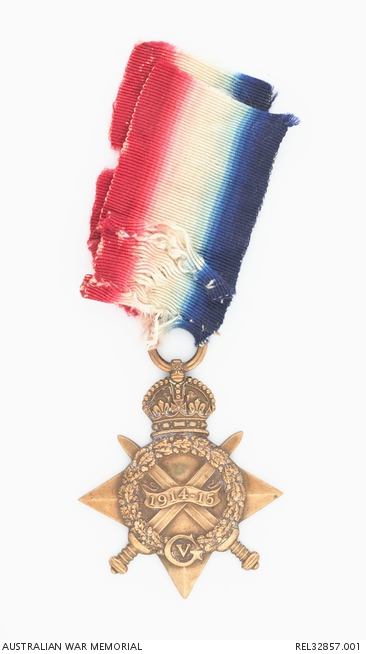 Relating to the service of 1314 Driver Frank Maskew, 53 Battery, 14 Field Artillery Brigade (14 FAB), a carpenter of Parkerville, Western Australia. Maskew enlisted on 19 July 1915 at Perth, aged 27 and after training was assigned to D Company, 32 Battalion, AIF, as a private. He embarked for overseas service aboard HMAT Geelong which left Adelaide on 18 November 1915, arriving at Suez a month later. He was transferred to 5 Division Artillery on 15 March 1916 and posted to 53 Battery, 14 FAB asa gunner. While at Ismailia Camp on the Suez Canal, Maskew was awarded five days field punishment on 12 June for ‘being drunk in town and being in possession of seven bottles of beer'. His younger brother, 1315 Driver Leslie Maskew, from the same unit, was also punished for the same offense. Shortly after, the unit sailed for France. Maskew was remustered as a Driver on 27 April 1917 and returned to Australia aboard the transport Orita, on 6 August 1919.