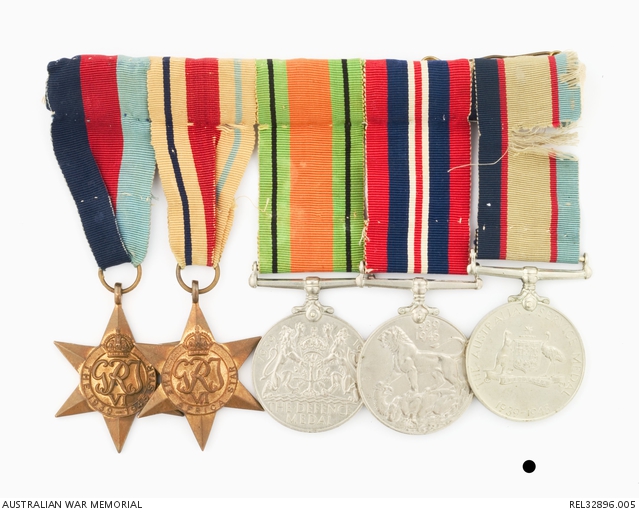 George Haines was born in Tumbarumba, NSW in January 1905 and was an unemployed labourer at the outbreak of the Second World War. He enlisted in the AIF at Forbes, NSW on 14 October 1939 and was assigned the number NX5321. On 10 January 1940 he embarked for overseas service and served with 1 Australian Detention Barracks from April to October 1940. He was promoted to Lance Corporal on 10 June and transferred to 2/4 Infantry Battalion on 7 October. With his unit he participated in the Greek campaign and was captured by German forces on 29 April 1941, 3 days after the bulk of 2/4 Bn had been evacuated from Megara. While Haines was never reported as missing, the International Red Cross indicated to the Australian authorities that he was held in Stalag 18a, at Wolfsburg in Austria, as of 1 September 1941. This was confirmed on his service record on 18 August 1943. Classed as seriously ill by the German authorities, Haines was among those prisoners selected for repatriation through Spain in late 1943. On 27 October he embarked at Barcelona, arriving in Alexandria on 3 November. He was immediately transferred to 1 New Zealand General Hospital for treatment on gunshot wounds to his left arm, neck and back. The wounds in his arm resulted in palsy to the ulnar nerve. In December 1943 he was transported home and a medical examination in January 1944 concluded that he had 15% paralysis to his left arm and was suffering 60% exhaustion. He was discharged medically unfit on 14 March 1944. It is not known what became of Lance Corporal Haines after the war. In 2004 his medals were found by the donor at the Eugowra tip and passed to the Memorial for safe keeping.