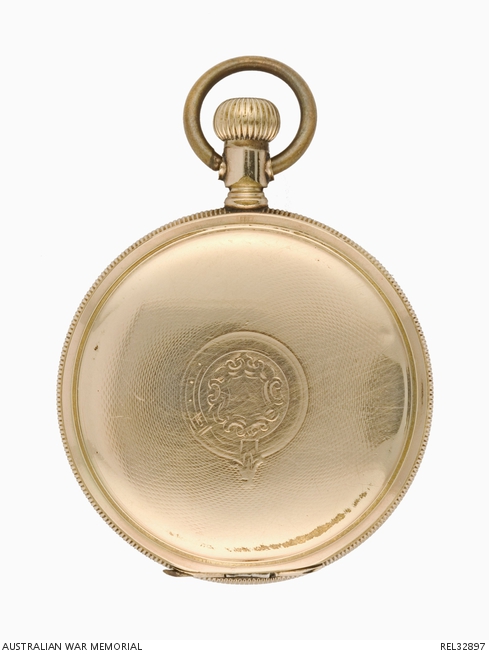 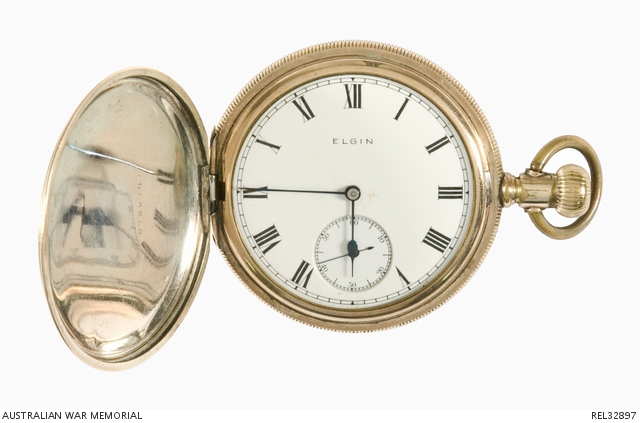 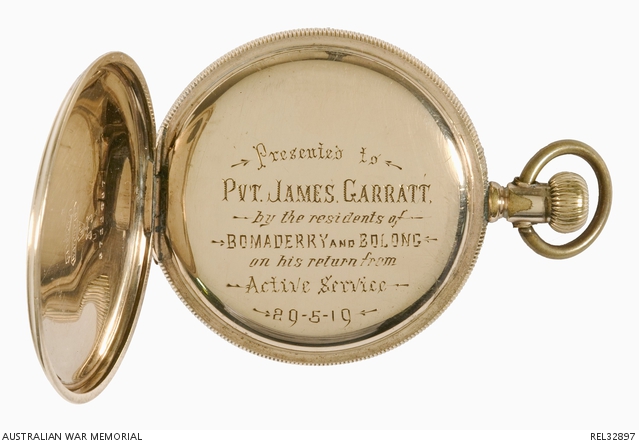 Rolled gold Elgin hunter pocket watch in a Keystone watchcase with a shield decoration stamped on the case cover. Front and reverse covers are also covered in a fine crosshatching pattern; the inside of the rear cover is stamped: "KEYSTONE / WATCHCASE / Co / (symbol) / USA / 8722987". The interior reverse is engraved "Presented to / PVT JAMES GARRATT / by the residents of / BOMADERRY AND BOLONG / on his return from / Active Service / 29-5-19". The glass is missing from the watchface.

A drover and stockman, 3345A Private James Monaghan Garrett of Braidwood, NSW, enlisted at Sydney Showgrounds on 3 March 1917 and embarked for active service aboard the Kyarra on 3 September 1917. He served with the Camel Corps in the Anzac Mounted Division in the Middle East and suffered a gunshot wound to his right leg in the assault on Amman in Palestine on 30 March 1918. After contracting malaria towards the end of the war, Garrett spent a month in hospital recovering before returning to Australia, where the watch was presented to him by the residents of Bomaderry and Bolong. During the Second World War he enlisted in the 49 (Militia) Battalion on 8 August 1942 in Queensland, with the rank of Warrant Officer Class II and service number Q42358. Garrett served with 13 Platoon, C Company and died in the fighting for Gona near the Huggins Road Block on 9 December 1942. He was originally buried at Soputa War Cemetery but is now interred at Bomana, Port Moresby.