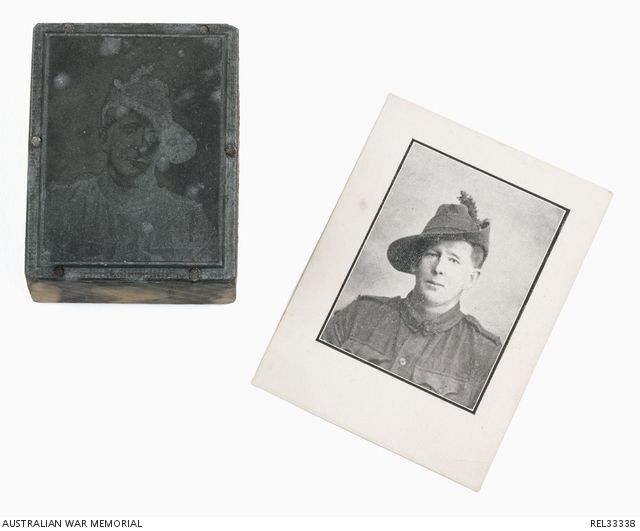 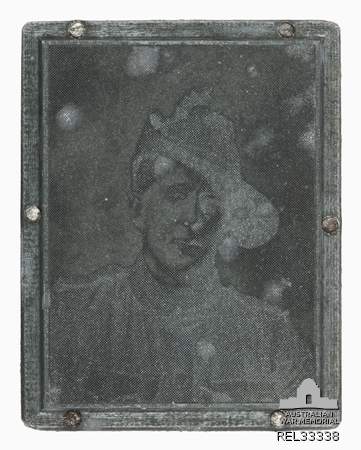 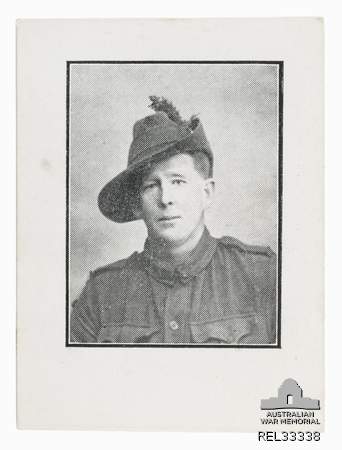 Small lithograph plate made of a wooden base and metal face which contains portrait image of Private E J Bounds. Also includes a print produced by this plate on photographic paper.

1797A Private Edward John Bounds was born at Dundee, NSW, enlisting for service in April 1916 at the age of 24 years, he embarked for overseas service with 34 Battalion in September of that year. Bounds was wounded in action in early June 1917 from gassing and sent to hospital, rejoining his unit in late August 1917. Private Bounds was killed in action 3 April 1918 at Villers-Bretonneux when he was struck in the head by an exploding shell. He was buried in the field nearby was later exhumed and moved to Crucifix Corner Cemetery at Villers-Bretonneux.

Bounds' personal possessions were lost when the ship they were being sent home on, the Barunga, was sunk. Barunga was on its way to Australia with 800 sick and wounded on board and was torpedoed at 4.30 pm on 15 July 1918 from a German submarine 150 miles south west of the Scilly Isles. Destroyers which had been some miles away were quickly on the scene to pick up survivors and returned them to Plymouth. All hands were saved before Barunga subsequently sank.