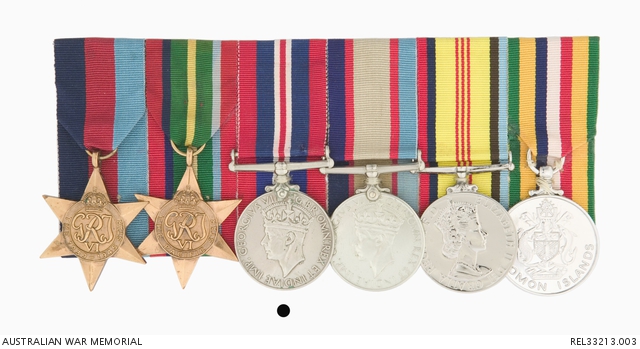 Alan Roland Wood (sometimes incorrectly spelt 'Woods') was born at Albert Park, Victoria on 21 April 1918. He enlisted in the Royal Australian Navy on 26 August 1940. Assigned the service number 24551 he initially trained at HMAS Cerberus, on Westernport Bay. Because he was an experienced trumpet player he was designated a bandsman, and on 30 September 1941 was posted to the cruiser HMAS Canberra. Large ships, such as the Canberra, carried their own bands. On formal occasions they dressed in uniforms similar to those worn by the Royal Marines. They performed music for onboard dances when in port, for parades and for public concerts ashore. In wartime, bandsmen were expected to perform other duties, and Wood was trained as a signaller.

HMAS Canberra was lost during the Battle of Savo Island in the Solomons on 9 August 1942. Wood survived the engagement and was evacuated to Sydney, NSW. He undertook further training at HMAS Cerberus. Wood travelled to England with other HMAS Canberra survivors in June 1943 to form part of the crew for HMAS Shropshire, the replacement cruiser for HMAS Canberra, offered by the British government.

After HMAS Shropshire arrived in Australia, Wood was promoted to band corporal. He spent the rest of the war stationed at shore establishments, mostly at HMAS Leeuwin in Western Australia. There he worked as part of a recruitment team. Alan Wood was discharged on 22 February 1946, just as he was about to be promoted to bandmaster.

Wood continued his career in band music in civilian life, working both as a player of the trumpet and flugelhorn horn. He also worked as a writer and arranger for the Australian Broadcasting Commission (ABC) Concert Band, and for other bands. During the Vietnam War he travelled to South Vietnam four times as part of the ABC Concert Party, in March 1967, Christmas 1967, Christmas 1969 and September-October 1970. The concert party entertained the Australian Army troops and RAAF personnel stationed in Vietnam. Alan Wood retired in 1977 and passed away in 1986.