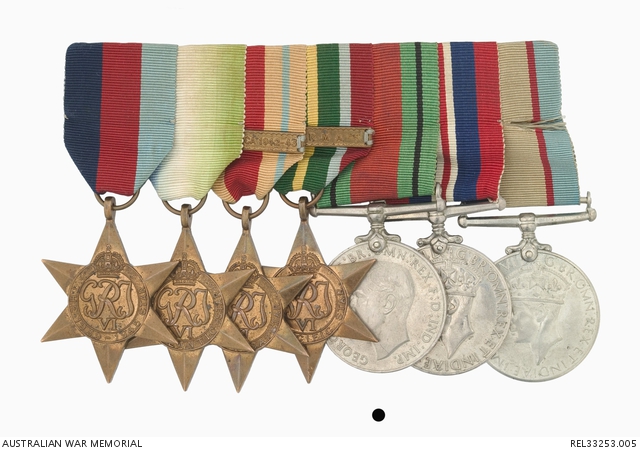 Bernard Edward Archer, son of First World War Military Cross winner Lieutenant Edward James Archer, was born in Hamilton, NSW, on 13 July 1920. He entered the Royal Australian Navy as an ordinary seaman on 9 March 1937 and commenced service on his 18th birthday in 1938. During the Second World War he served on a number of ships including HMA Ships Nizam, Norman, Napier, Quickmatch and Warramunga. He was promoted to able seaman in April 1939 and during the war acted temporarily as leading seaman and petty officer. Archer continued his service with the navy after the end of the war and was promoted to Chief Petty Officer in January 1950. He served on HMA Ships Hobart and Australia before his discharge in September 1953.