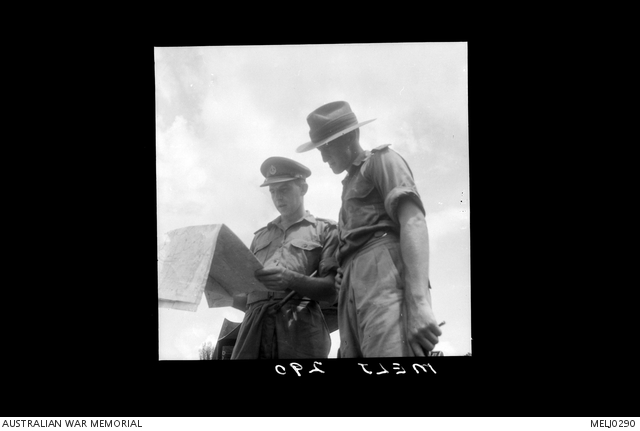 235056 Lieutenant (Lt) Ian Morton Hudson (left) and Major (Maj) William Drayton (Bill) Jamieson, Commander of A Company, 1st Battalion, The Royal Australian Regiment (1RAR), are making a map reconnaissance of the next stage of a march in Korea. Lt Hudson is from Mosman, NSW. He is a platoon commander in A Company, 1RAR, and has been in Korea four months. He graduated from the Royal Military College, Duntroon, just before last Christmas. The company commander, Maj Jamieson, is from Enoggera, Qld. He has been in the army since 1941 and came to Korea with 1RAR five months ago. Maj Jamieson served during the Second World War with 2/6 Infantry Battalion in New Guinea.