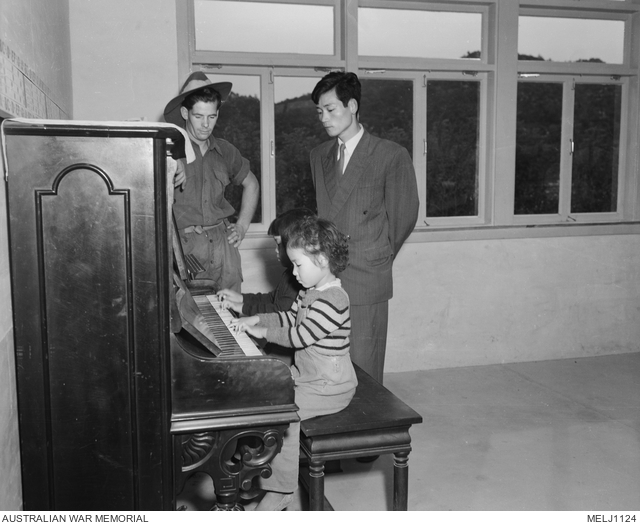 35259 Private William (Bill) McKay Chalmers, of Morwell, Vic, and of the 1st Battalion, The Royal Australian Regiment (1RAR), watches two four year old Korean children play a Chopin duet in their orphanage at Seoul, Korea, while their teacher looks on. 1RAR has adopted the orphanage, which is run as a music academy. Most of the orphans lost their parents in the Korean War. The child closest to the camera is named Aran.