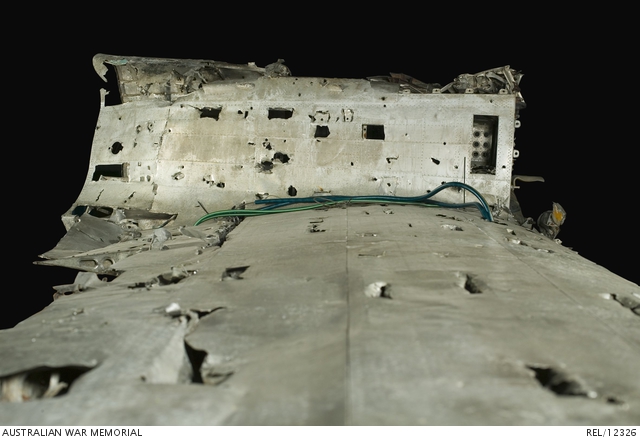 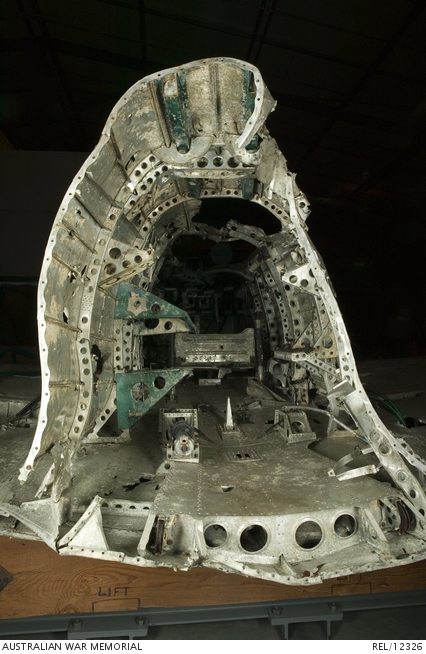 Nakajima Ki-43-II Hayabusa (Peregrine Falcon), code named 'Oscar' to Allied intelligence, all metal single engine low wing monoplane fighter aircraft. This machine is believed to have been constructed in 1943 and has the serial no. 5465. The engine is an Army Type 1 fourteen cylinder air-cooled radial unit driving a constant speed 3-bladed metal propeller. The armament is two 12.7 mm Type 1 machine guns, mounted on the fuselage. Two bombs could be carried, one on a pylon under each wing. The construction of the aircraft is unusual, in that the wing is one-piece and includes the centre part of the fuselage. The rear fuselage can be detached at a bulkhead just aft of the trailing edge of the wing. The airframe while basically intact has suffered extensive damage from straffing, fragmentation bombs and grass fires.

The Nakajima Ki-43 Hayabusa (Peregrine Falcon) was the principle type of fighter aircraft used by the Imperial Japanese Army Air Forces (IJAAF) during the Pacific conflict of 1941-1945.

Together with fighter aircraft of the Navy, machines of this type participated in all the significant Japanese land actions of WW2 after 1941, and the Ki-43 (Allied code-name 'Oscar') was used extensively in New Guinea against Australian and United States forces.

In September 1984 a combined Australian War Memorial/RAAF team recovered this damaged airframe from Sek fighter airstrip at Alexishafen near Madang, New Guinea. An engine with cowling and propeller was also recovered from the same location. The machine bears evidence of extensive straffing damage and the probable impact of a para-fragmentation bomb. It is believed this aircraft was abandoned at the airstrip after suffering a landing accident. The fin bears the faded remains of a yellow V with red edges, which may be the insignia of the 63rd Sentai (Air Combat Regiment), 2nd Company. The machine also bears a white combat stripe around the rear fuselage. The serial no. 5465 is applied on the port side just below the tail plane. The aircraft was originally camouflaged with an irregular pattern of sprayed patches of Japanese Army Airforce medium green.

The airframe has been conserved following immersion in a chemical bath and the conversion of corrosion products into a stable form using electro-chemical techniques.