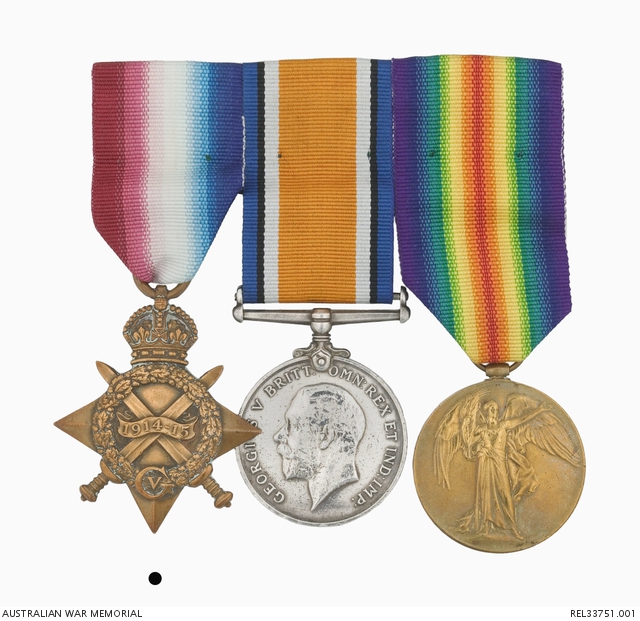 Medals of 935 Driver Reaford William Campbell, a revenue clerk of Kensington, NSW, who enlisted on 17 August 1914 aged 22. After a period of training, Campbell was attached to E Company, 2 Battalion, AIF and embarked from Sydney on 18 October 1914 aboard HMAT Suffolk. After a short period of overseas service, Campbell was hospitalised in June 1915 and later transferred to London in August, suffering 'acute rheumatism of the heart'. He was classified 'only fit for light duty' and returned to Australia aboard the transport 'Star of Victoria' which left England on 19 January 1916; he was discharged on 4 September 1916. Campbell's son-in-law, S/7137 Ordinary Seaman William James McLaughlin, served in HMAS Australia during the Second World War.