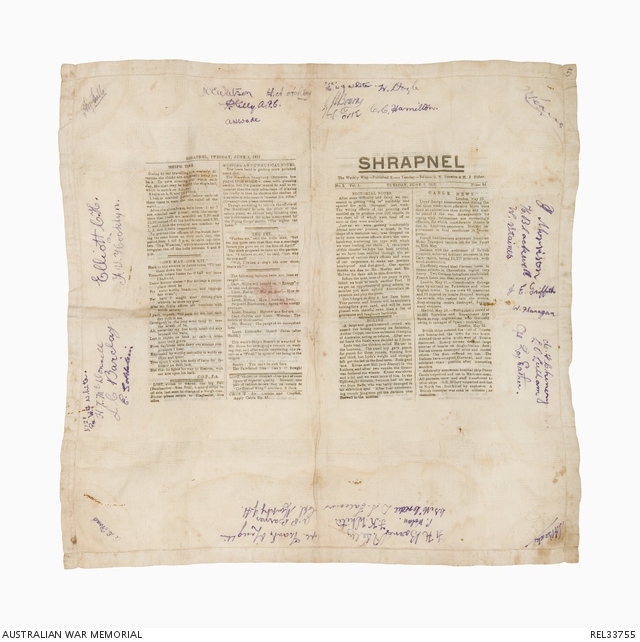 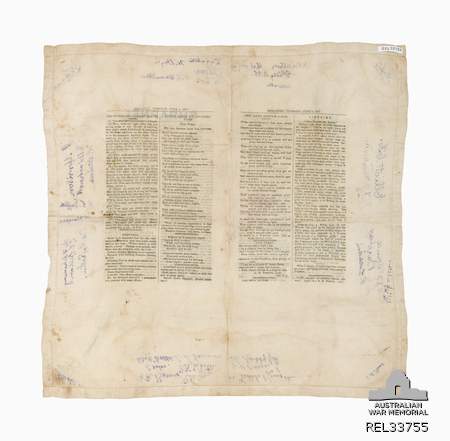 White cotton man's handkerchief with decorative raised border of intersecting stripes. Embroidered in one corner with the letter 'S'. Both sides are printed in black with the troopship journal of the transport HMAT A74 'Marathon' entitled 'SHRAPNEL No. 2. Vol. 1.', dated Tuesday , June 5, 1917. The signatures of 35 soldiers are written in purple indelible pencil around the unprinted edge of the handkerchief.

This handkerchief was signed by soldiers who left Sydney on 10 May 1917 aboard the transport HMAT Marathon for service on the Western Front. The ship, which normally operated as a passenger liner, carried printing facilities on board. The majority of signatures on the handkerchief are those of members of the 14th Reinforcements to 30 Battalion, AIF.