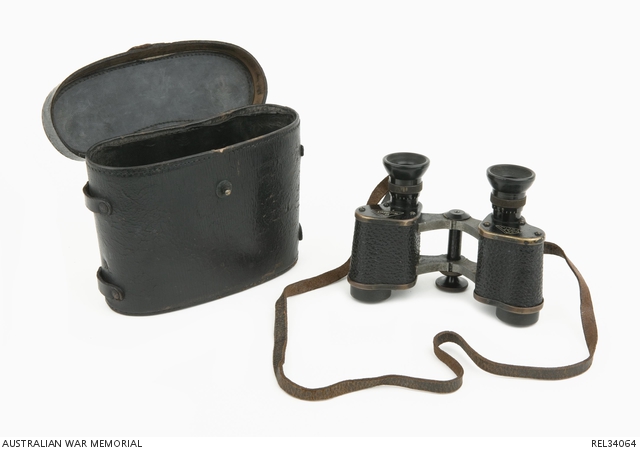 Gunner Ivar Louis Berthet was working in China with British American Tobacco when he enlisted with the French Army in Shanghai in 1918. He served with 69 Battalion, 10 Infantry Regiment and was stationed at 102 Training Depot in Toulon. Berthet was discharged in 1919 and returned to China. He and his family later migrated to Australia after the Second World War. These binoculars were collected by Berthet during the First World War and are an example of non military issue binoculars used by German troops. Goerz, the company who manufactured these binoculars was absorbed by the well known German optical company Zeiss in the 1930s.