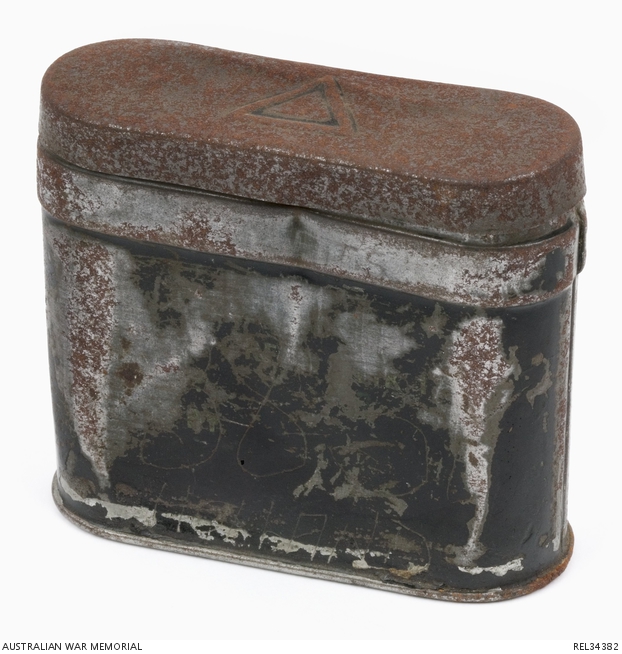 Rectangular tin container with curved edges and remnants of the original black paint. There is an embossed triangle on the top of the separate lid. Scratched into one side is what appears to be, '385 HOLLAND' and on the base, '38 [illegible]'.

Used by Private D Furness, 1 Battalion, Royal Australian Regiment (RAR). The container held two packets of cigarettes and proved effective in keeping the cigarettes dry during operations. Private Furness served with 1RAR in Malaya during 1960-1961. Operating as part of the 28th Commonwealth Brigade, 1RAR conducted operations in the 'Black Zone' on the Malay -Thailand border aimed at suppressing continued CT (Communist Terrorists) activity in the region.