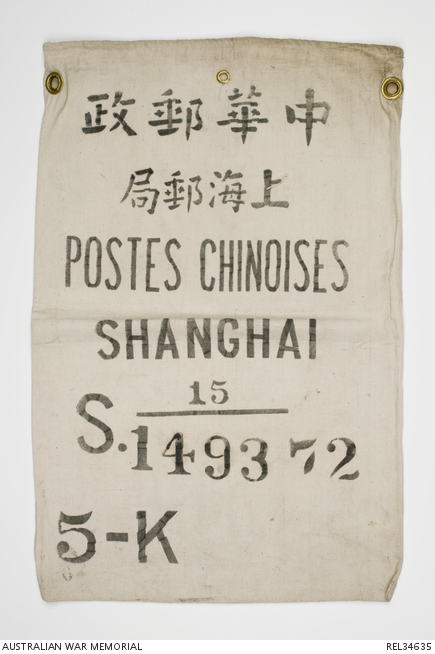 This bag was recovered from a Japanese prisoner of war camp at the end of the Pacific War in August 1945. It contained mail for inmates that had remained undelivered. The bag was donated to Australia Post by Ms Doreen Day, resident of England who served in the Royal Navy during the war. She was stationed at the British Fleet Mail Office at Kings Cross in Sydney and had the task of returning the letters to the relatives and friends of inmates, many of who had died in captivity.