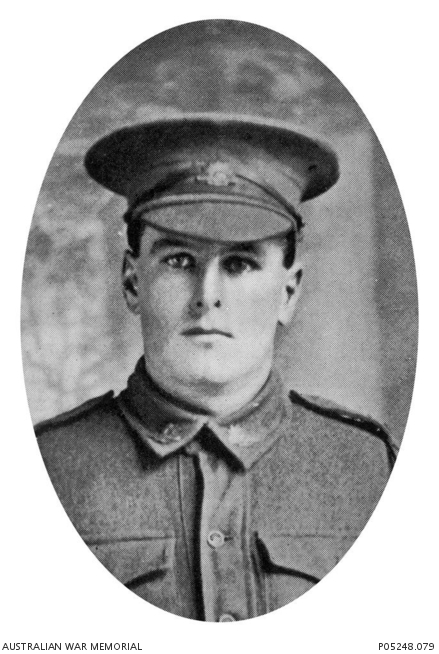 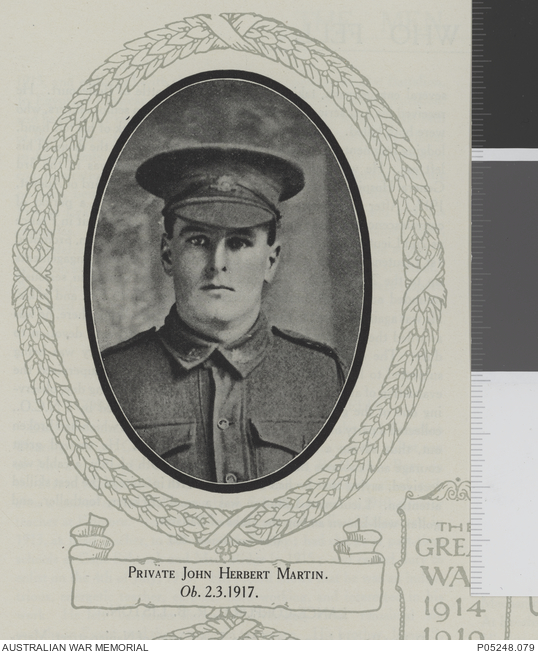 Studio portrait of 4257 Private John Herbert Martin, 5th Infantry Battalion of Hawthorn, Victoria. A teacher prior to enlisting, he embarked from Melbourne aboard HMAT Demosthenes (A64) on 29 December 1915. On 2 March 1917, aged 26, he was killed in action at Ligny-Thilloy near Bapaume, France. He is buried in the Beaulencourt British Cemetery, Ligny-Thilloy, France..