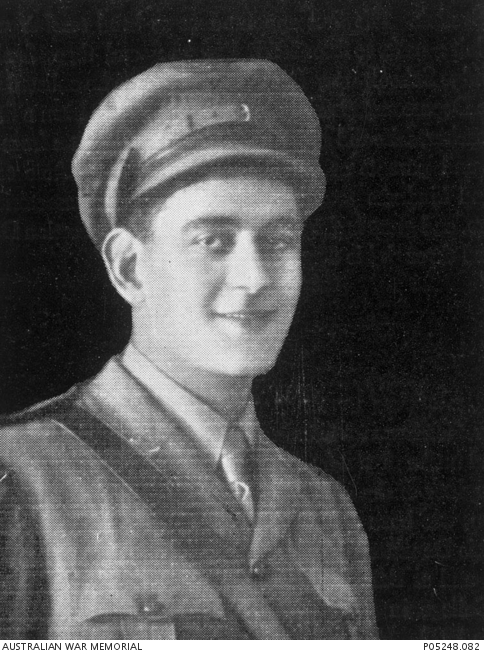 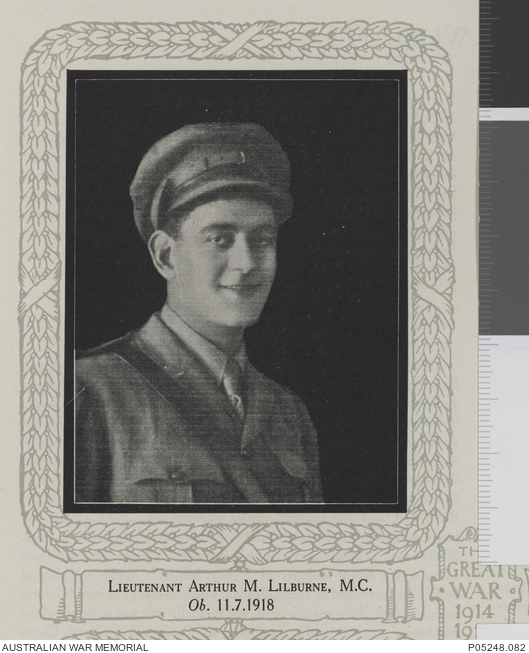 Studio portrait of 2nd Lieutenant (later Lieutenant) Arthur Melville Lilburne, 116-120 Howitzer Batteries (later 6th Field Artillery Brigade) of Melbourne, Victoria. A lecturer prior to enlisting, he embarked from Melbourne aboard HMAT Aeneas (A60) on 3 October 1916. On 21 March 1918, he became ill during operations in France and was evacuated to the 3rd London General Hospital, Wandsworth, United Kingdom where he died of a cerebral haemorrhage on 11 July 1918, aged 31. While in hospital in London, he was awarded the Military Cross for "conspicuous gallantry and devotion to duty, while the Battery was being subjected to very heavy shell fire, he, at great personal risk, supervised the evacuation of all ranks to places of safety". He is buried in the Brookwood Military Cemetery, United Kingdom.