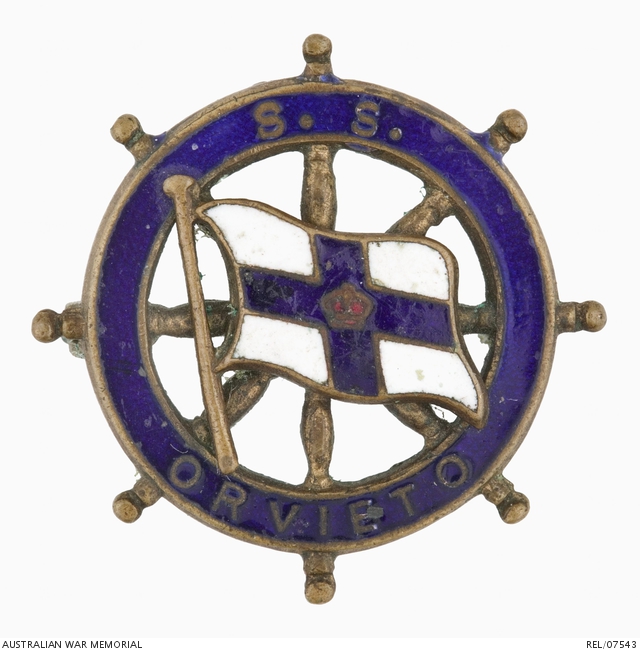 Small brooch in the shape of a ship's wheel. The wheel has a blue enamel circle bearing the words 'S.S. ORVIETO'. The centre of the brooch bears an enamelled white flag with a blue cross, in the centre of which is a small red enamelled crown.

This brooch was given to Mrs K J Fittes when she was two years old, as her family travelled from Wellington in New Zealand to Sydney on board SS Orvieto in 1924. During the First World War the Orvieto was used as a troop ship, ferrying troops between Australia and the Europe. Souvenirs like this one were produced by commercial passenger ships and were sold through the ship's shop.