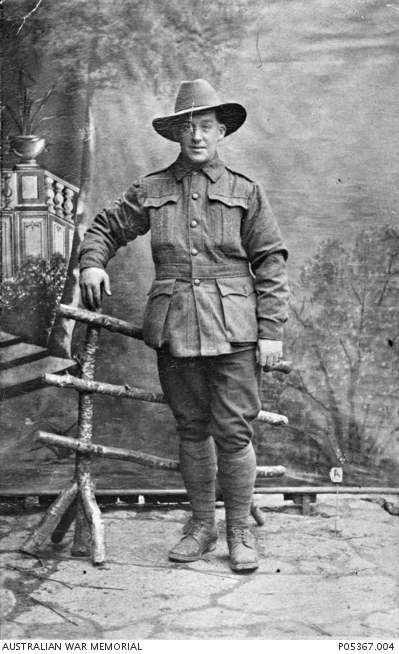 Studio portrait of 2686 Private William Guthrie Jamieson, 18th Battalion, of Lewisham, NSW. A stonemason born in Ayreshire, Scotland, Jamieson enlisted on 6 August 1915 and embarked from Sydney with the 6th Reinforcements aboard HMAT Euripides on 2 November 1915. He was promoted to corporal early 1916. He was killed in action in France on 15 April 1917 aged 31 years. Prior to his arrival in Australia he had served for a three year period with the 2nd Royal Scotch Fusiliers.