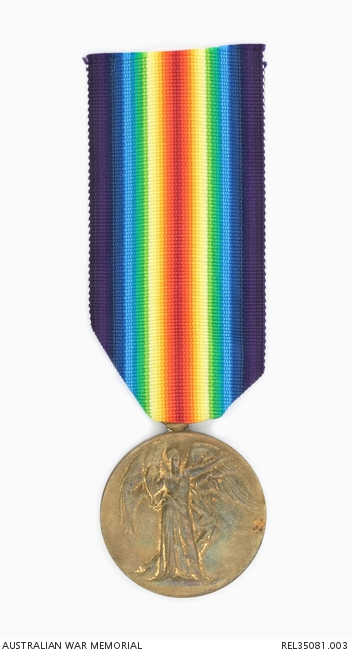 Leslie Collins, born at Carisbrook, Victoria in 1888, was working as a labourer in Melbourne when he enlisted for service in the First World War on 17 February 1916. After initial training at Castlemaine and Broadmeadows he was assigned as a private, with the service number 5995, to G Company, 5 Battalion AIF. He sailed from Melbourne for overseas service aboard HMAT A32 Themistocles on 28 July 1916. After further training in England and France Collins joined his battalion in France, only to be transferred to B Company, 14 Battalion less than two weeks later. He served with this battalion for the remainder of the war. Collins was promoted to lance corporal on 29 October 1916, to corporal on 12 December, to temporary sergeant on 12 April 1917, company sergeant major on 23 August 1917 and finally to regimental sergeant major (warrant officer 1) at the beginning of November 1917. Collins was twice recommended for immediate awards which were not approved - for the Military Medal at Zonnebeke in Belgium in September 1917, and for the Distinguished Conduct Medal (DCM) for actions at Vaire and Corbie in July 1918. His final recommendation for the award of a DCM was approved in September 1918 and covered actions between February and September. Collins returned to Australia on 2 June 1919. He died in 1956.