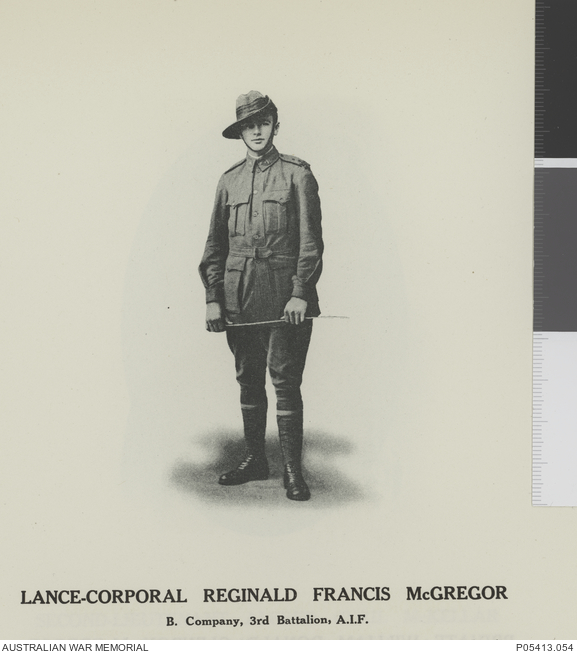 Studio portrait of 4056 Private (later Lance Corporal) Reginald Francis McGregor, 3rd Battalion, of Broke via Singleton, NSW. A bank clerk prior to enlisting, he embarked from Sydney aboard HMAT Medic (A7) on 30 December 1915. On 2 March 1917, he was killed in action at Bapaume, France, aged 20. He is buried in the Warlencourt British Cemetery, France.