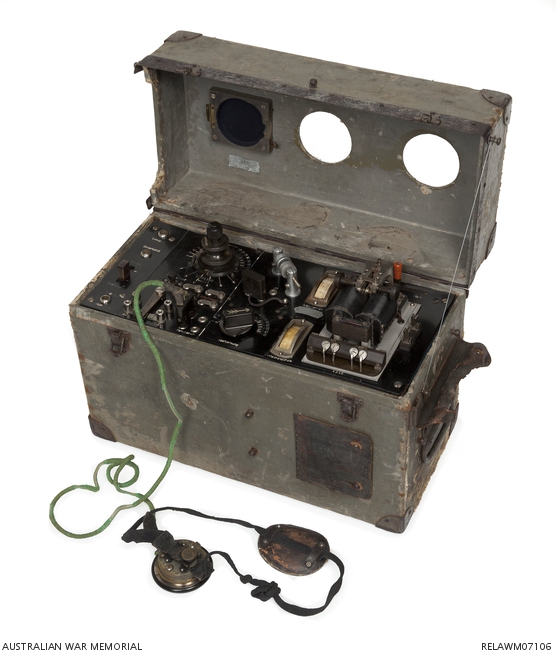 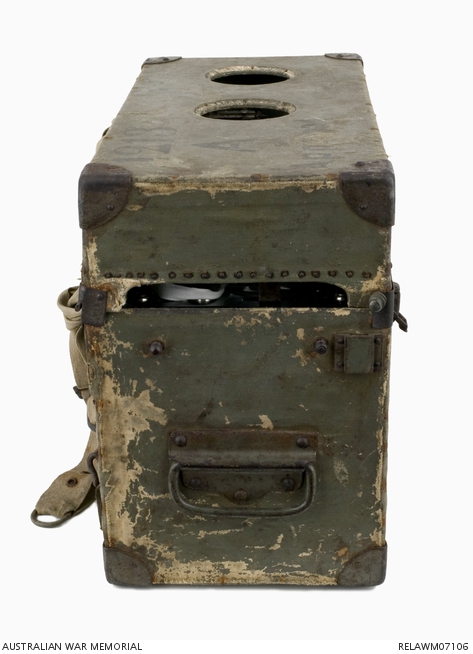 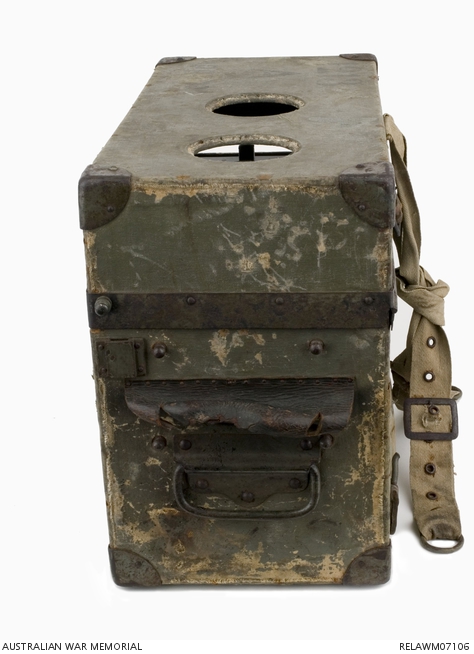 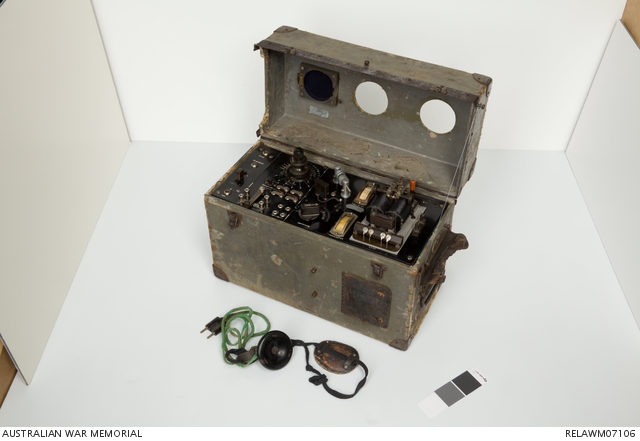 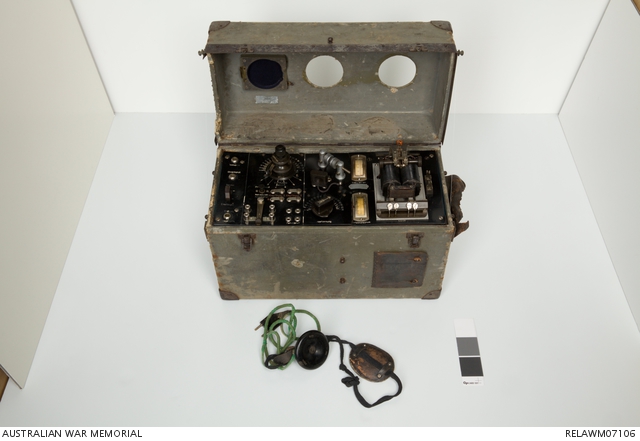 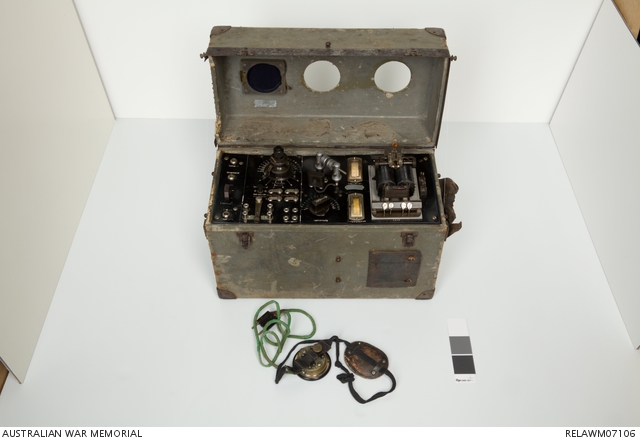 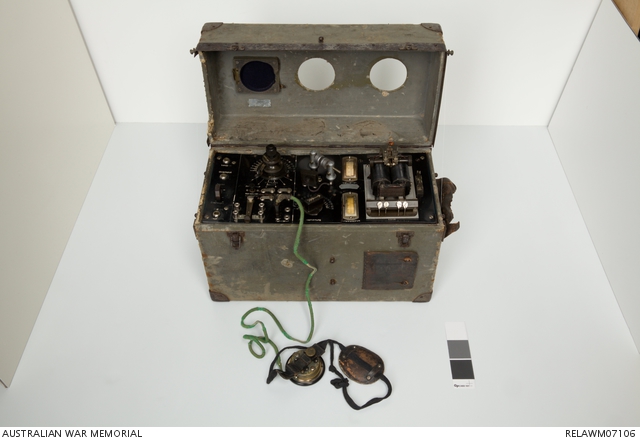 German portable wireless set. Contained within a wooden box, which is covered with field grey cloth. The unit includes a pair of ear phones which connect to the set using a two pin plug.

The wireless set was found with a number of dead and wounded Germans at Anzac House when the blockhouse was captured on the 20th of September 1917. The set was used afterwards by the signallers of the 1st Anzac Corps. One of two portions of the gear was taken as being of special value. The upper level of the Anzac House was used as an artillery observation post, the height of the structure enabled an extensive view towards the Allied lines. This wireless set provided communication to enemy guns.