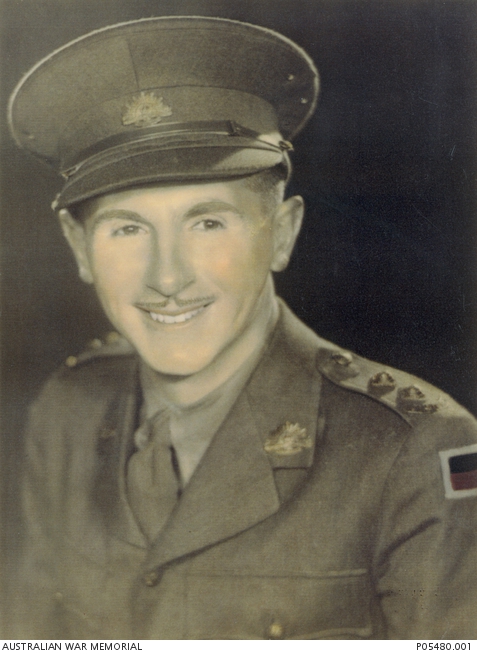 Studio portrait of VX3357 Lieutenant (Lt) Andrew Clifford Smith, 2/5th Battalion. On 24 June 1941, Lt Smith took a leading role in actions around Fort Merdjayoun, Syria, where he led a reconnaissance and subsequently an attack which resulted in the taking of 40 Vichy French prisoners, and one of the factors which led to the evacuation of the fort. He later served with the 1st Parachute Battalion and attained the rank of major. He subsequently served in Korea with the 3rd Battalion, The Royal Australian Regiment.